The world fell in love with Regé-Jean Page and Phoebe Dynevor as Daphne Bridgerton and the Duke of Hastings in Bridgerton and many hope they’ll join the cast in season 2.

However, the second season of the hit Netflix period drama will be focused on a different Bridgerton sibling’s quest to find love in 19th century London.

So what does this mean for Simon Basset and his wife as the Regency romance series continues?

Will Daphne and the Duke be in season 2 of Bridgerton?

Sorry folks, but we are going to get a lot less Duke and Duchess of Hastings action in season two of Bridgerton.

The show’s creator Chris Van Dusen confirmed as much when announcing the second season on Today with Hoda and Jenna.

Elsewhere, Phoebe told Deadline that she is ‘sure’ her character ‘will end up getting involved’.

‘I genuinely have no idea what they’re going to do with the second season, but I imagine if they’re following the books, then it would be Anthony’s journey,’ she stated, referring to Daphne’s older brother Anthony (Jonathan Bailey). ‘I’m sure Daphne will end up getting involved. But yeah, I do wonder what it looks like. I’m excited to find out.’

What is the plot of Bridgerton season 2?

As mentioned above, the series is all about our favourite Viscount as he tries to make his mother happy by settling down with an appropriate spouse.

Teasing the plot, Chris Van Dusen explained: ‘Season two we’re really going to be with the eldest Bridgerton brother. We left him at the end of the first season in a bit of a crossroads so I’m looking forward to jumping in and discovering how he fares on the marriage market.’

Dusen confirmed that he knew the story arc for the season as he has been busy writing the script over the past few months.

He continued: ‘I know where we’re going, I know we have a bunch of new characters that we’re going to be introducing. Anthony is going to have a love interest next season and I think it’s going to be as sweeping and as moving and as beautiful as viewers of the first season have come to expect of the show.’

Plus the story will once again be adapted from Julia Quinn’s novel, The Viscount Who Loved Me.

When will Bridgerton season 2 be out?

There isn’t a set release date for season two but we do know filming is going to kick off in late Spring this year.

Considering how grand the show is, and just how much went into making the first season, we might be looking at a 2022 release date.

Fear not, gentle reader, we are sure it will be worth the wait. 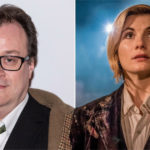 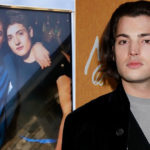