The second installment began earlier this month, with the Morecambe based drama picking up a year after the events of the first series.

The official synopsis from ITV read: ‘After dealing with the repercussions of her actions from last year, DC Lisa Armstrong is given the opportunity to step up when asked to assist a murder investigation in Morecambe.’

The series got off to a strong start and fans are already looking ahead to the future.

But will there be a third season of the show? Here’s everything you need to know.

Will there be a season 3 of The Bay?

The good news is, there are more episodes coming to ITV in the future.

It was confirmed by The Sun that the drama has been renewed for a third run, with filming due to take place in the summer.

A source said: ‘It is a no brainer to bring the show back. Millions of people watched it and the expectation is that the second series will be even bigger.’

Pre-production is underway in Manchester, with the series expected to film between March and July.

The Bay airs Wednesday on ITV and is available to watch on ITV Player. 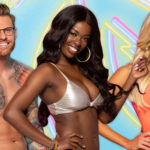 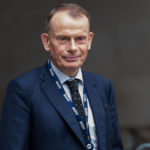