Love Island star Dr Alex George has opened up about his younger brother’s death and has insisted there is ‘no shame’ in what happened.

Alex’s brother Llyr died aged 19 in July, with the reality star confirming at the time that he had ‘lost his little brother to mental health’.

It was later revealed that Llyr had taken his own life and opening up about his sibling, Alex – who is now campaigning for better education when it comes to mental health in schools – has insisted there is ‘no shame’ in his death.

He reflected on losing his brother, while appearing on the Thanks A Million podcast hosted by Angela Scanlon, and said he felt it was important to share what had happened in order to help others who may be in a similar situation.

The reality star said: ‘You know, what happened with my brother has been awful. Initially, I found that he passed away, I had a phone call from my dad when I was at a restaurant… and it destroyed my world, really, you know, like it was terrible.

‘I came home and I just had the shock of everything that had happened. For me, I really felt at the time I needed to be honest and share in what happened with his mental health. It’s something that needs so much work.’

Alex, who is working for the NHS amid the coronavirus pandemic, continued: ‘I am so passionate about making change within that. I wanted to be honest because there’s no shame in what happened to my brother.

‘The shame is the loss of his life, not that it was via suicide. So I very much wanted to tell people what had happened because I think that was important in his memory as well.’

Hoping to reach out to others, Alex added: ‘And also to hopefully save anyone that was in a similar situation. They could see that there wasn’t a need to be ashamed, that they could ask for help and that maybe that was not the answer to take… I just hope that some of the things I’ve shared might have saved people’s lives, that’s ultimately the hope.’

Alex, who found fame on Love Island in 2018 alongside the likes of Dani Dyer and Jack Fincham, credited social media for ‘helping’ him through the death of his brother.

‘People really, really reached out for me. And I think it got me through those moments,’ he revealed.

‘They shared things and experiences that they had and that gave me real comfort. And I felt that sometimes, even though I’m physically alone, I’m not really that alone. And that’s really helped me.’

Alex commented that his brother had just finished his A-levels before he died and had been accepted to study at Southampton Medical School.

He described Llyr as ‘a really happy talented boy, who would’ve done very well in life’ and admitted that his brother’s death was a ‘complete shock’.

Alex said that he thinks the pandemic became ‘too much’ for Llyr and working on the frontlines and seeing the impact of coronavirus, both physically and mentally, firsthand has pushed him to now call for change when it comes to mental health.

He has reached out to mental health charities and organisations, as well as parents, students and teachers to see how it can be addressed in a more effective way within education.

Alex has revealed his hopes to sit down with the Prime Minister, Boris Johnson, to map out a plan of action so that teenagers receive better information about mental health in the classroom.

He called on his Twitter followers to help make this happen, as he posted: ‘MENTAL HEALTH MATTERS. I lost my little brother to suicide this year. It’s time we change mental health education at schools.

‘I want to meet PM @BorisJohnson to discuss change. Please RT (retweet) to make this happen.’ 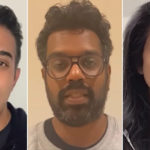 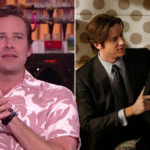