One bride set to wed on Married At First Sight Australia had a real nightmare en route to her wedding during season six.

The reality series is currently playing out on E4 and sees couples meet and marry on the same day, in their hope of finding the one and settling down.

So far, this season of MAFS Australia – originally filmed in 2019 – has been filled with plenty of drama, including one big cheating scandal that saw Ines Basic and Sam Ball betray their partners.

A few DM’s and a secret hotel hook-up later, and the pair’s tryst was uncovered with both Sam and Ines and their partners Elizabeth Sobinoff and Bronson Norrish leaving the experiment.

Their departures led to two new couples tying the knot and joining the rest of the newlyweds, but things didn’t go so well for bride Tamara Joy as her car broke down on the way to her wedding, making her late and keeping her groom waiting.

A flat car battery meant that Tamara was 20 minutes behind schedule and left waiting on the side of the road in her wedding dress. Cue the stress.

‘The car’s broken down and I’m late, and I’m freaking out,’ a frustrated Tamara said, before cursing: ‘Holy sh*t balls.’

Her groom, meanwhile, was stood at the altar and questioning why everything was taking so long.

Newcomer Dan Webb was nervous that Tamara was having a change of heart and ‘second guessing’ her decision to wed a total stranger.

Luckily for Dan, Tamara’s car troubles were soon sorted and before she knew it, she was on her way and saying ‘I do’.

Dan and his new bride were seen hitting it off on their wedding day – they were one of two couples to join the experiment late on, with Susie Bradley and Billy Vincent also marrying on the show.

Billy was in for a huge surprise, however, when Susie’s dad revealed that she is actually a single mum and has a three-year-old daughter called Baby.

Susie hadn’t got round to telling her groom when her dad stepped in to do it for her and despite being plagued with self-doubt after hearing the news, ever the gentleman, Billy pretended Susie was the first to tell him and insisted he’d love to ‘meet’ his wife’s little girl when she finally got round to letting him know. 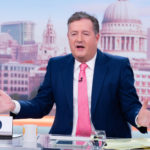 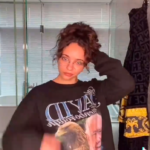