Netflix has finally dropped the trailer for Love Is Blind: After the Altar, which is the highly-anticipated reunion of the season one cast. And boy, does it look as explosive as ever.

In case you forgot, the premise of the programme saw singletons walk into pods, fall in love with and get engaged to a co-star, without ever laying eyes on them.

Cameras then followed every second of their journey from their first meeting and couple holiday, and we watched along as they moved in together and eventually walked up the aisle.

The three-part reunion series will be hitting the streaming service July 28, meaning we will find out exactly what went down after the show, and which couples are still together.

The series will prove that some of the contestants are still meant to be, while others will have explosive confrontations and deal with the fall-out of one surprise guest.

By the looks of things, Lauren Speed and Cameron Hamilton, who were married at the end of the series, are still together. Cameron and Lauren are still together (Picture: Netflix)

‘Dating is not for the faint of heart,’ Cameron says to the camera while sitting on a sofa next to his love. ‘I can’t even imagine being single now.’

She interjects, ‘You don’t need to be thinking about being single now!’

Fan favourites Amber Pike and Matthew Barnett are still together too, with Amber wanting to expand their family.

As for the others? Things look a little bit more complicated.

The on-again, off-again duo seem to be together again, with Giannina saying:, ‘Ever since I can remember, I’ve been dreaming of finding a soulmate. And I found him.’ 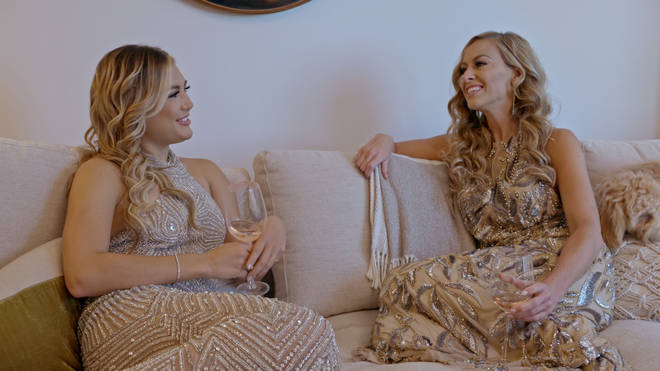 It looks like the reunion will be filled with drama (Picture: Netflix)

But this doesn’t mean she’s forgotten Damian’s dinner date with Too Hot to Handle’s Francesca Farago in August last year, especially when Francesca crashes the reunion.

‘She’s on the wrong Netflix show, he’s mine,’ Giannina says.

Damian responds angrily: ‘You don’t control me, you don’t tell me what to do. I can handle my own,’ before adding to the camera, ‘That was bulls––t.’

As for divisive Jessica Batten, it seems she clarifies what happened between her and ex Mark Cuevas.

‘My biggest fear going into the party is seeing Mark’s girlfriend,’ she says.

‘Apparently he was sleeping with multiple other women. He had been fooling me the entire time.’

Love is Blind: After the Altar drops 28 July on Netflix. Joe Wicks saying ‘motivation has two syllables’ in viral video is a parody from The Office, just so you know