It was recently revealed the upcoming series – which was delayed due to the coronavirus pandemic – would be the last.

As filming finally started on the episodes, a new picture was shared on the official Instagram page, showing Cillian, 44, going through a script with Tommy’s beloved horse.

True to form, bosses gave precisely nothing away in the caption, simply tagging director Anthony Byrne and penning: ‘#PeakyBlinders series 6.’

Right on cue, fans went into meltdown over the update, and flocked to the comments section to dissect the post.

‘When the horse knows what happens in season 6 before than you..,’ one joked.

‘One picture of Tommy Shelby is enough to get all the attention in the world,’ another stated.

‘Honestly this makes me so excited,’ a follower commented.

As an Instagram user added: ‘Just need to take a moment to breathe.’

Spilling the beans on what we can expect now the gang are ‘back in business’, creator and writer Steven Knight previously said: ‘Peaky is back and with a bang.

‘After the enforced production delay due to the Covid pandemic, we find the family in extreme jeopardy and the stakes have never been higher.

‘We believe this will be the best series of all and are sure that our amazing fans will love it.

‘While the TV series will be coming to an end, the story will continue in another form.’

That ‘other form’ Steven mentioned will be a movie, which will close the story of Tommy, Arthur and co on the big screen.

Chatting to Deadline, he added: ‘Covid changed out plans, but I can say that my plan from the beginning was to end Peaky with a movie.

‘That is what is going to happen.’

Peaky Blinders: seasons one to five are available to watch via catch up on Netflix and BBC iPlayer. 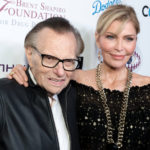 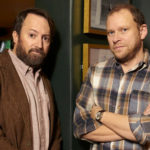