Chloe Bailey decided to treat her fans to a seductive dance as she celebrated getting one million followers on her new solo Instagram account.

It’s been over a week since the Chloe x Halle sister duo Chloe and Halle Bailey created their own separate accounts on the social media platform.

In that time, Chloe’s been showcasing her sexy side with a series of sultry snaps and racy TikTok challenge videos.

So it was only right that the 22-year-old unleashed her inner Beyoncé a la Dance For You and Partition as she gave her fans what they love most – her take on the latest TikTik trend.

The Silhouette Challenge sees users pose seductively in a doorway before quickly turning into a completely black silhouette against a red background created by the Vin Rouge filter on Snapchat.

However, Chloe did her version while dancing in her bedroom with Jeremih’s track, All the Time playing.

‘A special performance for all of you,’ she wrote in the caption. ‘THANK YOU for all your love and support. Let’s celebrate together in reaching 1Million followers.’

Naturally, fans and friends alike were quick to comment as singer Kehlani commented: [girl] what I want this to play on my wall every time I walk in the house.’

It came just days after she all but broke the internet by taking part in the Buss It Challenge.

‘Better late than never ?,’ she told her new followers.

Destiny’s Child Kelly Rowland was all of us as she commented: ‘This Challenge is officially done! Chloe has left the mutha-F$&kin’ building! Thank you.’

We can’t wait to see what else the Busy Boy singer has planned for the ‘gram. 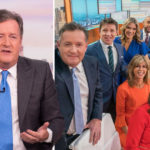 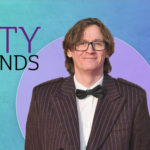