Elon Musk has shared a rare photo of his eight-month-old son X Æ A-12 as girlfriend Grimes battles coronavirus.

The Tesla CEO juggled business and parenting in a photo many new parents can relate to, holding X Æ A-12, who he shares with the singer, on his knee.

The baby tried to get his dad’s attention by pulling at the collar of his T-shirt while Elon tried to make a phone call.

He added the caption: ‘The Second Last Kingdom’.

It comes as the producer battles coronavirus at home, previously confessing she is ‘weirdly enjoying the Dayquil fever dream’ as she fights the virus.

Elon hasn’t confirmed if he currently has the virus, but he tweeted in November that he ‘likely had a moderate case.’

The new mum has been sharing updates with fans on social media while Elon’s social media snaps of their baby have been less frequent.

Grimes spoke to The New York Times about X Æ A-12’s personality, saying he is already showing an interest in ‘radical art’.

‘They [babies] definitely like some things. They don’t like other things. They fully have opinions’, she said.

‘I’ve watched Apocalypse Now and stuff with my baby. He’s into radical art.

‘Like, he just actually is, and I don’t think it’s problematic to engage with them on that level.’

The musician and Elon welcomed their first child together in May last year.

The Oblivion singer, real name Claire Boucher, went public with her romance with Elon in May 2018 when they attended the Met Gala together.

Baby X Æ A-12 is Grimes’ first child but her partner is already dad to five children, who he shares with ex-wife Justine Wilson. Their first child died of sudden infant death syndrome. 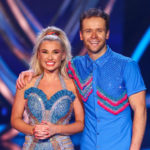 Dancing On Ice: ‘Gutted’ Billie Faiers speaks out as she quits show after horror fall 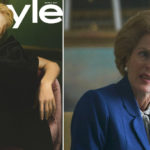 The Crown’s Gillian Anderson hits back at accuracy row: ‘There’s worse things than what ended up on screen’