James ‘Arg’ Argent was seen enduring a gruelling workout in a bid to lose weight.

The Towie star recently opened up about his weight gain, explaining that he had reached 26 stone.

The 33-year-old revealed he was turning to medical help and getting a gastric band, as he was fearing for his life.

Keeping up with his goals, he was spotted working up a sweat during an outside fitness session at VIP HQ, in Essex.

He rocked a black hoodie and matching tracksuit bottoms for the day – which ended up covered in mud by the end of the workout.

James completed the gym attire with black trainers and a blue beanie hat.

During the exercise drills, he lifted heavy balls, carried barrels, did pushups and crawled under wooden bars, while a trainer watched on.

We’re getting out of breath just looking at these snaps.

James has had issues with his weight over the years, and undergone a string of different diets and workouts in the past.

Speaking to the Sun about his lifestyle, he said he was turning to a gastric band after doctors warned that he needed to change things around.

‘I don’t want to die. An op is the only way I can lose weight,’ he said. ‘I see pictures of myself and it’s too upsetting.

‘The other day I had to ask my manager to put my shoes on for me because I just couldn’t do it — my belly is too big. I can’t do up my own shoe laces.

‘I don’t want to die, it’s as simple as that. I’ve been told by doctors that I am morbidly obese and need to lose weight, but I have an eating disorder, so I can’t do it.’

He will now choose between a gastric bypass, which staples part of the stomach together to make it smaller, or a sleeve gastrectomy, an operation where a large section of the stomach is removed.

Both options cost around £10,000 each, and will restrict the amount of food Arg can eat.

It must be noted that the operations are not a quick fix, and those who go under the knife will need to continue to exercise to lose weight. 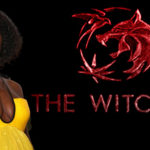 The Best Podcasts For Running