In a shock announcement on Instagram on Monday, Theo shared a picture of himself carrying his son home from hospital following his birth on February 7.

The TV star, 29, said in the caption it was ‘nice’ to keep his upcoming fatherhood a secret, before revealing that his son is called Aries.

The identity of Aries’ mum is unknown.

Theo, who was an islander on the show in 2017, joked he had been ‘replaced’ by the newborn.

‘I can’t believe the joy I had looking into the eyes of my baby boy ❤️.

‘I only told a few friends and family so for most people will be massive surprise seeing this ? Over the past 4 years having a private life isn’t really a thing so being able to keep this private has been so nice.

‘Massive well done to his mum as-well, the process of having a baby is crazy I literally didn’t have a clue how strong a woman has to be to go through this! Aries Campbell 07/02/2021.’

He was congratulated by his fellow Love Island star Georgia Harrison, who said: ‘I’m so so proud of you my heart could burst, wish I was home to cuddle my new nephew and I love the name.’

Another islander, Charlie Williams, commented: ‘Congratulations Theo you are going to be a great dad! Let me know when your next in Bath we can go for a walk with the prams ? Hope mums recovering well. (sic)’

In the lead up to Aries’ birth Theo shared updates from the hospital on his Instagram Story.

In one clip he wore a stethoscope and pretended to listen in to his partner’s baby bump while in another he shared he had been awake for a full 24 hours.

A further video showed him jokingly helping himself to some of his partner’s gas and air in hospital.

Theo previously dated Love Island star Kaz Crossley until they split in 2020 after a year together.

In 2019 the reality TV star underwent surgery and lost his sight in his right eye after a champagne bottle was popped too close to his face at a party in Ibiza. 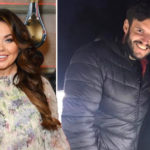 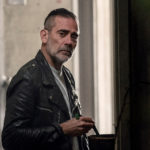