Peter Andre has given fans an update after he tested positive for coronavirus, revealing that although he is out of the quarantine stage, he is still not fully better.

The singer, 47, revealed that he no longer needs to be in isolation but he is still unable to taste and feels ‘foggy’ in the head.

He told fans in his latest YouTube video: ‘As of now I’m out of isolation. I got a call from the track and trace team I presume, and they asked what symptoms I had left.

‘I said that all the aches had gone and the cough’s gone but I still have no sense of smell which actually happened only happened recently. I’m still quite foggy in the head.

‘They said that it’s been more than 10 days now so I can go out and about. I said yeah but we’re in lockdown and they went obviously, wherever you are allowed to go, go.’

Peter had shared his battle with the virus in his previous video where he got tested after suffering from a cough and aches and pains in his body.

He and wife Emily had initially thought it was more likely to be something else that he had caught from their son Theo, who had also recently had a virus.

Peter said after testing positive: ‘I am very grateful that I got this version of it. It’s not pleasant but I am very, very lucky as I have got a cousin who is still on oxygen in hospital and it really freaks me out. Hopefully this doesn’t get any worse.’

His wife Emily, 31, who is a doctor in the NHS, previously had coronavirus last year and had to isolate in another room of the house to protect the rest of the family.

The Most Compelling Documentaries To Watch On Netflix 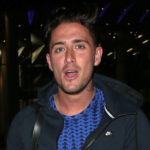