Pregnant Charlotte Dawson has revealed her plans to eat her placenta after giving birth.

The Ex On The Beach star, 28, is expecting her first child with fiancé Matthew Sarsfield and is now 40-weeks gone.

Charlotte is due to give birth at any time and has revealed ahead of going into labour that she wants to freeze her placenta, so she can have it turned into ingestible pills.

A string of celebrities have done the same, including Chrissy Teigen who ingested her placenta after the birth of her son Miles, now two.

It’s a process called placentophagy and it’s claimed to have a whole host of benefits such as reducing the risk of postpartum depression and boosting milk supply.

Charlotte revealed her plans to eat the afterbirth during an Instagram live, where she said: ‘I’ve got a freezer bag for freezing my placenta ready. I’m getting it made into pills and tablets.’

She also revealed that she’s been suffering from Braxton Hicks (labour-like pains) and has been feeling ‘drained and hormonal’ lately, but she’s ‘nervous’ and ‘excited’ to welcome her little one.

Charlotte, who is the daughter of late comedian Les Dawson, has kept fans updated throughout her pregnancy, with honest posts about her experience.

She admitted that she has ‘struggled mentally’ being pregnant during a pandemic, especially after being diagnosed with gestational diabetes, which requires her to change her diet to monitor her glucose levels.

‘It’s mentally draining, feeling like this. I think it’s probably getting to me as well, if I’m down I usually have chips and gravy, and I can’t. I’m just so worried about doing anything to the baby,’ she confessed.

‘That’s what I’m so worried about – anything happening to him. Having a baby in a pandemic, it’s not easy.’

Charlotte, who fans will also recognise from starring on Celebs Go Dating, announced her pregnancy in August.

She and husband-to-be Matthew have been dating for four years and revealed they were engaged in September – a month after sharing their baby news. 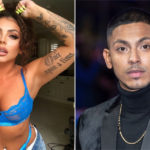 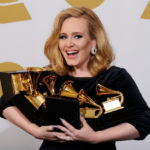