Over the past year, Zoom chats have got the best of us all, with video calls causing a special kind of chaos for many stars – and Harry and Jamie Redknapp are no different.

Football manager Harry was having a serious chat about the proposed European Super League with TalkRadio, when his son Jamie somewhat stole the show.

The shirtless former footballer wandered into shot before sheepishly eyeing the camera and stopping in his tracks.

Looking slightly flustered, the 47-year-old darted to the side, pulling a door shut behind him, and appearing to carry a handful of toiletries.

Former I’m A Celebrity star Harry, 74, was none the wiser, continuing on his roll, but we doubt he’ll let him off scot-free when he sees the clip.

Don’t worry Jamie – there are definitely worse things that have happened on Zoom.

The father and son are incredibly close and we can already imagine the merciless teasing that’s about to ensue. The pair have even worked together in the past, although Jamie previously admitted that his dad doesn’t always play by the rules.

The father-of-two explained to Roman Kemp on Capital Breakfast: ‘He’s great. He’s loose, I must admit, you know, you’ve got to rein him in every now and again.

‘You know what it’s like, mate! But nah, he’s fantastic. He’s got so many amazing stories.

‘The amount of times we’ll talk about someone and he’ll go “I’ve met him, I’ve got a story about him” and he’ll make it funny.’

Jamie went on: ‘No, it’s brilliant, he’s a joy to work with, but trying to rein him in, trying to make sure we’ve got the direction of where we’re going with an interview – every now and again he just goes rogue on me… After Life series 3: Everything we know so far as the next season of the Ricky Gervais comedy begins filming 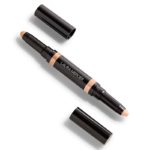