Sir Tom Jones was once told that he wouldn’t make it in the music biz because of his curly hair.

The Sex Bomb hit-maker, 80, may have sold over 100million records, but there was a time when he faced plenty of rejection in his bid to become a singer.

Opening up about the early days of his career, Sir Tom revealed that he was ‘always getting knocked back’ by music executives and was even warned to change his appearance.

He explained that bosses weren’t impress with his curly locks – inspired by his close pal Elvis Presley – and remarked that he was ‘too macho’ for their liking.

Speaking on Zoe Ball’s Breakfast Show on Radio 2, Sir Tom said: ‘I’ve always been pushing since I came from Wales to London. I was always getting knocked back.

‘Somebody was saying something like, “Curly hair doesn’t work anymore… and you’re a bit too macho,” I said, “Sorry, but that’s the way I am.”‘

Sir Tom explained: ‘They try to change you and mould you, and get you to do what’s going on at that time. They said that Elvis Presley style has gone and I said, “Not in my mind, not in my heart!”‘

Adding that he’d had a broken nose too at the time, Sir Tom said: ‘I was up against it with the way I looked.’

Determined to succeed, however, Sir Tom didn’t back down and stood his ground against said bosses, with the star revealing he told them: ‘I was doing great in Wales, so I can’t see a big difference between Wales and England – we all speak English, so what’s the big deal?’

He had the last laugh, as since then Sir Tom has gone on to have 36 top 40 hits in the UK and 19 over in the US, including tracks such as It’s Not Unusual, What’s New Pussycat, She’s A Lady and Delilah.

Sir Tom has also been a regular celebrity coach on The Voice UK, where he’s often seen sharing anecdotes from his life in the spotlight, dropping the names of his famous pals and sharing his words of wisdom when it comes to being a pop star.

He was recently among a slew of stars aged 80 and over who received their first coronavirus vaccine. Revealing he’d had his jab while appearing on Jools Holland over New Year, Sir Tom said: ‘I have had my jab already. 80 years old, you see.

‘That’s one good thing about being 80. You’re first in line for the jab. It was fine, like getting the flu jab. 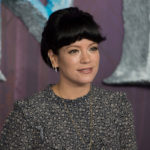 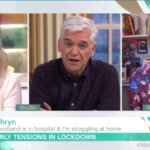