Could there be a ninth Harry Potter film in the works?

Well, Warner Bros CEO Jack Kilar set the wizarding rumour mill off as he hinted at a potential sequel in the movie franchise, based on JK Rowling’s beloved books, The Hollywood Reporter reports.

During a virtual appearance at the Morgan Stanley Technology, Media and Telecommunications Conference, Kilar said: ‘There’s this little thing called Harry Potter, which is one of the most beloved franchises.

‘And we’re incredibly thankful to be able to partner with JK Rowling, and so I would argue there’s a lot of fun and potential there as well.’

Harry Potter and the Philosopher’s Stone cast a spell on us all when released in cinemas in November 2001.

We got our last glimpse of the gang – including Harry (Daniel Radcliffe), Ron Weasley (Rupert Grint) and Hermione Granger (Emma Watson) – a decade later, when Harry Potter and the Deathly Hallows: Part 2 dropped in 2011.

If there is set to be another movie, it appears that the franchise’s lead Daniel, would be hard-pressed to take on the role again.

It turns out that while the 31-year-old was ‘grateful’ to have been picked to play ‘the boy who lived’, he has been left ’embarrassed’ by his acting as a child.

‘I’m incredibly grateful for the experience. It showed me what I want to do with the rest of my life. To find out early on what you love is really lucky.

‘I’m intensely embarrassed by some of my acting, obviously [laughs], but yeah, it’s like asking, “how do you feel about your teenage years?”

‘There’s so much in there that it’s almost impossible to single out one feeling.’

Meanwhile, Daniel’s Harry Potter co-star Emma recently made headlines after claims emerged she was retiring from her successful career as a movie star at age 30. Homes Under the Hammer: Who is the new presenter Jacqui Joseph? 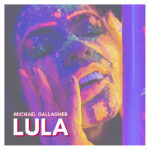