On Monday, Nike announced the release of its first-ever hands-free shoe, called the GO FlyEase. Available in three colourways, the style is an advancement of the brand’s FlyEase series, which was originally designed to improve the lives of athletes with disabilities, using zippers and straps rather than laces. Monday’s release takes that design a step further, with technology that allows wearers to step into their shoes without a single adjustment or closure point.

Like the original FlyEase, the GO FlyEase trainers were designed to make the act of putting on and taking off shoes for the one in four people who have a disability easier. “Usually, I spend so much time [getting into] my shoes,” said Beatrice “Bebe” Vio — a fencer and Paralympic winner, who walks using prosthetic legs — in a press release. (Vio tested the shoe for Nike.) “With the Nike GO FlyEase, I just need to put my feet in and jump on it. The shoes are a new kind of technology, not only for adaptive athletes but for everyone’s real life.”

But while the GO FlyEase hands-free sneakers appear to be a gamechanger for people with disabilities, many assumed that the shoe was nothing but a comfortable alternative to traditional, lace-up footwear. Rather than innovative, users on Twitter called the design “lazy” and “weird.” In turn, those who recognised that the GO FlyEase shoes could positively impact the lives of many people defended it.

Before anyone jumps to criticize this for it’s “laziness,” instead think about how THIS is what accessibility can look like, & how this could benefit people with disabilities https://t.co/u1HKc5vYgM

“Before anyone jumps to criticise [Nike’s GO FlyEase shoe] for its ‘laziness,’ instead think about how THIS is what accessibility can look like, and how this could benefit people with disabilities,” tweeted I’m Not Wearing Pants. Others joined in below her post, sharing reasons for why they believe the GO FlyEase sneakers are inventive, telling firsthand stories about people who could benefit from hands-free shoes. “I have a family member who was in a bad car accident,” tweeted Buckaroo Vito. “Their range of motion is so bad their partner has to tie their shoes for them. These shoes, if they made a range of styles, would be great for them!” Before long, the post by I’m Not Wearing Pants had over 199,000 likes and more than 39,000 retweets, most of which mirrored the sentiment.

As some have also pointed out, the look of the shoe is a significant upgrade from the very limited options that many people with disabilities are left to choose from. “My son had a stroke before he was born and only has the full use of one hand. He can’t tie shoes so only can wear slip on types. Usually his options are boots which don’t fit well on his different sized feet, or grandpa velcro shoes,” wrote Noah Tallpvp. Meanwhile, the GO FlyEase trainers come in three colours — white, black, and multicoloured — and are lightweight. Laces aside, from the exterior, they look no different than a standard Nike shoe.

While the line was initially designed with athletes with disabilities in mind, it’s now a shoe that Nike encourages everyone to sport. “The original concept around the shoe was to support our adaptive athletes better, but we just quickly, throughout the process, found that the shoe was really universal,” said one designer in a “Behind The Design” video that Nike shared alongside the press release.

While it may seem that opening the style to everyone would maybe prevent people who need the shoes the most from being able to access them, according to Stephanie Thomas, the founder of Disability Fashion Styling platform Cur8able, that’s not the case. In fact, this is what the fashion industry needs to do in order for adaptive styles to become widely adopted and available. “It’s going to take mainstream adoption in order for [adaptive fashion] to get where it needs to be,” she tells Refinery29, crediting her co-author Katherine Annett-Hitchcock for this concept. In other words, by making the GO FlyEase trainers not only attractive to people with disabilities, but also to anyone looking for an easy, on-the-go sneaker, it makes it that much more likely that brands will start thinking about adaptive clothing and shoes for every collection, not just ones geared toward people with disabilities.

Brands like Tommy Hilfiger — which first launched adaptive clothing for children in 2016 as part of a collaboration with Runway of Dreams, before unveiling a full line of clothing and accessories, titled Tommy Adaptive, in 2018 — and Zappos — which launched Zappos Adaptive in 2017 to provide shoppers with fashionable and functional footwear options — have already integrated adaptive fashion into their offerings. But having an international giant like Nike — which has over 131 million followers on Instagram alone — on board can make a serious impact on the adaptive fashion movement, with hopefully even more designs on the way and other brands following suit.

The GO FlyEase Sneakers will retail for £120 and be released via an invite to select Nike members on 15th February. According to a tweet by Nike Service, “broader consumer availability” [is] planned for later this year.” 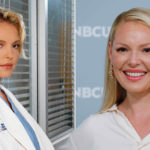 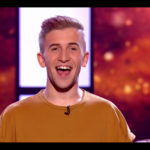