On Tuesday, Kate Middleton logged onto Zoom to speak with teachers at a local school in honour of Children’s Mental Health Week. For the occasion, the Duchess of Cambridge got thrifty, and chose to recycle a royal blue tweed jacket from New Zealand-based fashion brand Rebecca Taylor. In doing so, she proved that the classic lightweight outerwear option — which was made famous by Chanel in the first half of the 20th century — will never go out of style.

Middleton first wore the tweed jacket, which originally cost £360, to an event at Evelina London Children’s Hospital in February 2017. There, she paired it with the matching knee-length dress made of the same tweed material, a suede clutch purse, coordinating Rupert Sanderson Malory pumps, and sapphire earrings. On Tuesday, she toned down the look, pairing it with rose-gold drop earrings from Missoma (the likes of which cost £85and are still available) and tying her hair back into an effortless ponytail.

A post shared by Duke and Duchess of Cambridge (@kensingtonroyal)

Middleton has long been a fan of Taylor’s suits, having worn a similar blue, tweed skirt suit from the brand in 2012. Instead of a Peter Pan collar like this one, though, that suit featured a round neckline with small, flower appliqués embroidered around it. She wore the same suit, which was from the brand’s 2011-2012 “Sparkle Tweed” collection, in 2014, during the Royal Tour stop in New Zealand. Suffice to say, the Duchess can’t get enough of Taylor’s tweed.

Though the jacket style has been a go-to of Middleton’s for years, not to mention a constant at Chanel’s runway shows, lately designers have added a new twist to the style. At the French fashion house’s spring ‘21 show in Paris, model Lily-Rose Depp wore a hot pink Chanel tweed jacket with a coordinating tweed bra. With the set, she wore vintage-style jeans with tweed patches on the pockets and down the legs, accessorising with a gold belly chain belt and a pink bucket bag. In doing so, she made tweed, at least for fellow members of Gen Z, cool again — something that Middleton’s apparently known all along.

How Copenhagen Put Sustainability At The Forefront Of Its Fashion Week 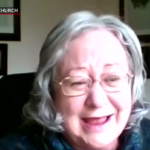