In a passing of the torch of sorts, Barack and Michelle Obama attended the 2021 Presidential Inauguration of Joe Biden on Wednesday. And like she did during her husband’s presidency four years earlier, the former First Lady arrived at the scene in fine fashion form.

For the occasion, Obama wore a plum-coloured three-piece ensemble — including a turtleneck, coat, and wide-leg, belted trousers — by Los Angeles-based Black designer Sergio Hudson. While the look was custom-made for Obama, the fall ‘20 ready-to-wear pieces it stemmed from are currently available to shop. But it wasn’t just the impeccably tailored look or the label attached to it that were notable. Many took special note of the purple colour, too.

Purple, like white and orange, has long been used to symbolise the fight for femme equality in politics. During the Women’s Suffrage Movement, purple was worn by women as a symbol of their “unswerving steadfastness to a cause,” as well as their “constancy to purpose,” according to the National Park Service.

More significantly to this historic occasion, as the WWD pointed out, it was the colour Shirley Chisholm, the first Black woman ever to be elected into Congress, wore when she announced her candidacy for the Democratic presidential nomination on 25th January 1972. Though she lost in the primaries to George McGovern, Chisholm became a source of inspiration for many women politicians today, including Rep. Barbara Lee, Alexandria Ocasio-Cortez, and Kamala Harris, who on Wednesday, became the first woman Vice President of the United States of Black and South Asian descent.

Obama wasn’t the only one to wear the hue on Inauguration Day. Harris’ look included a bright purple two-button, structured coat and a matching dress by New York-based Black designer Christopher John Rogers. Hillary Clinton, a former Presidential candidate and Secretary of State, also wore a purple pantsuit by Ralph Lauren. A day earlier, on the eve of the Inauguration, First Lady Jill Biden wore a purple dress-and-coat duo by New York designer Jonathan Cohen to a COVID-19 memorial.

Though purple, the colour created as a result of mixing red and blue, has also been known in politics as the colour of bipartisanship, Harris has long credited her determination in politics to Chisolm. Obama, Clinton, and other purple-clad women in the crowd also honoured Chisolm and showed their support of bipartisanship through Wednesday’s looks.

I cried.
Loving her wearing purple as a tribute to Shirley Chisholm.
The entire inauguration is filled with a kindness we haven’t seen in 4 years.
Reminds me of the #hope years

History is made today.

Women wearing purple and crimson for the inauguration is so inspiring. A nod to suffragettes and Shirley Chisholm. 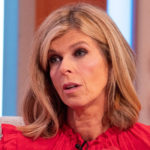