Actor Armie Hammer will “step away” and no longer take part in the upcoming action comedy movie Shotgun Wedding. The film, which also stars Jennifer Lopez, was due to begin filming sometime this year.

A Lionsgate production spokesperson said: “Given the imminent start date of Shotgun Wedding, Armie has requested to step away from the film and we support him in his decision.”

Hammer responded shortly after with his own statement. “I’m not responding to these bullshit claims but in light of the vicious and spurious online attacks against me, I cannot in good conscience now leave my children for 4 months to shoot a film in the Dominican Republic. Lionsgate is supporting me in this and I’m grateful to them for that,” Hammer said, according to Variety.

Hammer is referring to explicit direct messages that have been circulating around allegedly from Hammer to a former partner, who claims they engaged in sex acts that felt threatening and non-consensual.

The film, in which a couple’s destination wedding is taken hostage, sold internationally to Amazon Prime at the end of last year. Hammer’s role will be recast. The news comes amid a rather tumultuous period for the actor: In July, he separated from his wife of 10 years, Elizabeth Hammer, and remained in the United States while his children remained in the Cayman Islands for the majority of 2020.

Hammer’s other upcoming projects include thriller The Billion Dollar Spy as well as a sequel to the 2017 film Call Me By Your Name. 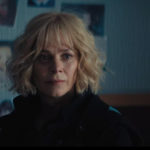 Anna Friel ‘threw up’ after filming ’emotional’ scene in Marcella: ‘Sometimes I get myself into such a state’ 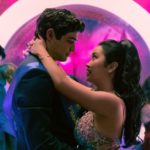 Netflix’s To All The Boys 3 Trailer Is Here