Matthew Perry believes he could play the iconic Batman villain, the Joker, as he ‘understands’ Heath Ledger’s haunting portrayal of the comic book character.

Heath famously played the Joker in Christopher Nolan’s 2008 blockbuster, The Dark Knight, for which he won the best supporting actor Oscar posthumously.

The Australian actor tragically died from an accidental overdose in January 2008 before the film was released, and it later emerged that Heath’s intense performance was fuelled by his personal battles.

Matthew, 51, appears to resonate with Heath’s performance and told his Twitter followers on Tuesday: ‘While we are on my favorite topic. I think I could have done what Heath Ledger did in The Dark Knight. I really understood what he was doing in that.’

One follower agreed with Matthew’s sentiment and said: ‘Honestly, my favorites among your work tend to be darker (Studio 60, The West Wing). Maybe not Heath Ledger dark, though.’

‘I understand what you mean but I really hope that you’re doing alright legend!!! We love you so much legend take care,’ another replied.

Giving Matthew credit for his iconic role in Friends, another tweeted: ‘You could have done what he did in The Dark Knight but he couldn’t have done Chandler Bing.’

Ledger, who was 28 when he died, often spoke of how exhaustive he found playing the Joker.

In a 2007 interview with the New York Times, he described it as a ‘physically and mentally draining role’ and added that he wasn’t sleeping much.

The Brokeback Mountain star also told Empire: ‘It’s a combination of reading all the comic books I could that were relevant to the script and then just closing my eyes and meditating on it.

‘I sat around in a hotel room in London for about a month, locked myself away, formed a little diary and experimented with voices — it was important to try to find a somewhat iconic voice and laugh.

‘I ended up landing more in the realm of a psychopath — someone with very little to no conscience towards his acts. He’s just an absolute sociopath, a cold-blooded, mass-murdering clown.’

Since Ledger’s death, the Joker has been portrayed by Jared Leto in Suicide Squad while Joaquin Phoenix won the best actor Oscar for his turn in 2019’s Joker.

Matthew will be back on the small screen later this year when the anticipated Friends reunion special airs on HBO Max, while he’s also been cast in the star-studded Netflix movie Don’t Look Up. 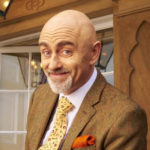 Who is the narrator of Come Dine With Me? 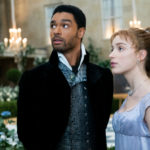