It’s a Saturday night. You’re warm, fuzzy, under the covers, and have the remote aimed straight for the TV. But — bear with me — maybe instead of going straight for Keeping Up With the Kardashians, you can put your screen time to more productive use. Something that grabs you with a compelling story, provides multifaceted perspective, and introduces you to a corner of the world that you had been unfamiliar with before.

Yes, I’m talking about a documentary. Although I admit that that description also could be true of Keeping Up With the Kardashians, which, perhaps, is a documentary in its own right.

Documentaries aren’t just the stodgy, stuffy programming you zoom by on TV. In fact, these films can often be swashbuckling and adventurous (especially when they focus on wildlife and, as you’ll see on this list, killer whales). Who needs movies when you could see the world’s real-life characters so often featured in documentaries?

Often, documentaries occupy the fascinating intersection between journalism and storytelling. In these selections, you’ll see stories told about people, places and things, in extremely innovative ways.

So, we’ve sold you. While documentaries do provide such crucial glimpses into lesser-known pockets of the universe, rarely do they reach wide distribution. That’s what makes Netflix and other streaming services so crucial. All of these fully streamable documentaries are available with the click of a button. Press play and let the knowledge of octogenarian fashionistas and mysterious photographers, disappeared singers and pent-up killer whales zoom through you.

We promise you’ll find documentaries as interesting, rewarding and, yes, addictive, as we do.

Jim & Andy: The Great Beyond – With a Very Special, Contractually Obligated Mention of Tony Clifton (2017)In 1999, Jim Carrey transformed into comedian Andy Kaufman for a movie called Man on the Moon. This acclaimed Netflix documentary releases never-before-seen footage from Carrey’s transformation.

Joan Didion: The Center Will Not Hold (2017)Do yourself a favour and watch this remarkable documentary about Joan Didion, whose intelligent, sharp essays are unparalleled. While Didion opened up her personal life in revealing collections like The Year of Magical Thinking, we hear directly from Didion in this documentary about her daily life and her writing legacy.

The Death and Life of Marsha P. Johnson (2017)Marsha P (the p stands for “don’t pay it any mind”) Johnson was a gay rights icon living in New York in the ’70s. When her body unexpectedly washed ashore in the Hudson River in 1992, police deemed it a suicide — but her friends and fellow members of the gay community weren’t convinced. This documentary seeks to explain what happened to Marsha, and revive her lasting legacy on the community.

https://youtu.be/V66F3WU2CKk
13th (2016)The 13th Amendment of the US Constitution abolished holding individuals as slaves — except if they’re considered criminals. This Ava DuVernay documentary argues that slavery has been perpetuated through a system of mass incarceration. DuVernay peels the lid open on the prison industrial complex, and this revelatory documentary is likely to change the way you think about everything from the systematic disenfranchisement of the black population, the war on drugs, and the privatisation of prisons.

Get Me Roger Stone (2017)Do you watch the news and feel a general sense of perplexity? Do you want to know how Donald Trump was elected president of the United States? Well, here’s an essential piece of the story that you probably haven’t heard about already on Pod Save America.Roger Stone is a long-time political operative who, for years, was working to get one of his favorite populist candidates elected president. With Trump, Stone got the presidential candidate he’d always dreamt of. Their partnership would influence the election, big time.

The White Helmets (2016)If you’re hungry to learn more about an issue in today’s political climate, look no further. Netflix won its first ever Oscar for this short documentary, which focuses on the first responders who risk their lives to rescue victims from the rubble in Syria. These real-life superheroes redefine bravery in the modern age.

https://youtu.be/moOQXZxriKY
What Happened, Miss Simone? (2015)Nina Simone achieved fame, fortune and a legendary career. But as a singer in the height of the Civil Rights movement, a “good career” wasn’t enough. She wanted equality, too. This well-researched documentary portrays Nina as someone who possessed a fierce activist spirit, in addition to an unforgettable singing voice.

Blackfish (2013)Honour the killer whale Tilikum’s recent death by watching the film that catapulted him to fame, and brought SeaWorld’s treatment of animals to public attention. In 2010, Tilikum killed his trainer, Dawn Brancheau. But this isn’t the aquatic version of Kujo, and Tilikum isn’t the villain of this story. The documentary reveals the conditions and adverse effects that led to Brancheau’s death.

Blackfish is an example of the real-world effect that documentaries can have. After the film inspired ire and outrage in viewers, attendance at the parks plummeted and SeaWorld lost a lot of money. Since then, SeaWorld has vowed to halt killer whale performances at its park.

Iris (2016)Calling all fashionistas: You just met your newest style icon. Introducing Iris Apfel, the 95-year-old New York collector who’s always been a fixture on the fashion scene. Since a show at the Metropolitan Museum, which displayed her extensive collection of crazy accessories and ornate clothing, however, she’s reached a new level of fame.

In addition to showing off Iris’ enviable collection, the documentary simply documents what a life well lived looks like. The doc is chock-full of geriatric charm and endearing, quotable sentences that Iris utters in each of her interactions, and you’ll come off loving Iris Apfel. The film also depicts Iris’ 61-year marriage to her husband, who turns 100 at the film’s end. Throughout the course of her illustrious career designing interiors of the White House with Jackie O and being on the cover of magazines, there Karl was, cheering her on. Talk about real relationship goals. 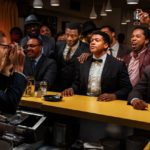 One Night In Miami’s Secret Ingredient Is Its Electric Cast – Thank You, Regina King 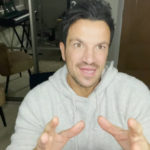