A mixture of pre-recorded and live elements, MAMA (Mnet Asian Music Awards) had a ‘NEW-TOPIA’ theme, described as ‘a new virtual world where fans can return to make “contact”.’

Fans around the world tuned in online, with the live audience being scrapped due to the pandemic, hoping to see their favourite K-Pop stars.

BTS were dressed smartly in a mixture of black and grey suits as they posed for the camera on the red carpet.

They were out as a six on Sunday as member Suga recovered at home after an operation on his shoulder.

It was a great night for the IDOL stars from the off as they picked up an award for album of the year for Map of the Soul: 7.

The trophy was presented to them by James Corden, who made a surprise appearance via a video message.

He said: ‘I couldn’t be more proud of the recipients of this award. We have a special bond.

‘Their pre-release song was first performed right here on my show. In many ways I am one of the members’ fathers as Papa Mochi so I am especially happy to announce the winner of 2020 MAMA of the year goes to BTS.’

On stage the group held a microphone up to a phone as they called Suga so he could give his thanks.

More of the industry’s big groups walked the red carpet, with the girl groups in particular – including MAMAMOO and TWICE – bringing their A-game in the style stakes.

A special mention has to go to the AYA singers for their fashion choices including Solar’s sleek black look and rapper Moonbyul’s striking knee-high boots.

Six member group MONSTA X deviated from the running theme of dark colours by adding touches of red to their red carpet outfits.

Elsewhere GOT7, fresh off their comeback with Breath Of Love: Last Piece co-ordinated with black suits.

They won a Worldwide Fans’ Choice prize giving their acceptance speech, as ever, in four languages – Korean, Thai, English and Mandarin. 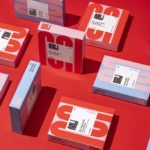 Get a Glow Like Maya Jama With Her New Face Mask Brand: MIJ Masks