South Park has provided us with some of the most inspired and explicit comedy moments of the past 25 years – but did you know it’s also predicted the future?

Everyone knows about The Simpson’s power for making predictions – Donald Trump becoming the President being the most famous – but the classic animation from Trey Parker and Matt Stone has also been proven right time and time again.

The show has nailed its predictions on an eerily high number of occasions, with real life coming to resemble scenes in the animation over the years.

It’s envisaged everything from Donald Trump’s Tweets to Brokeback Mountain in its time, after first airing on Comedy Central back in 1997.

These are just some of the times South Park predicted the future.

The Simpsons might have beaten South Park in predicting Donald Trump as the President, but they got one of his Tweets pretty bang on.

An episode from season 21 broadcast on September 20, 2017 featured a storyline where tensions flared between the US and North Korea. The POTUS – renamed President Garrison on the show – risks World War III with his aggressive messages on social media.

Just two days later, Trump wrote a tweet describing Kim Jong-un as ‘a madman who doesn’t mind starving or killing his people’. Sometimes, the truth really is stranger than fiction.

Way back in season 4, South Park anticipated cultural analysis and reappraisals that are still happening today.

In one episode from 2000, residents of South Park debated to change their flag, which portrayed an outrageously racist scene. Nearly two decades later America finally banned the Confederate flag in 2017, with the show well and truly ahead of the curve.

In the very same episode, Uncle Jimbo reacts with indignation after plans to change the South Park flag are revealed. He says: ‘What about the baseball team, the Cleveland Indians, huh? Should they change their name because it’s racist?’

Twenty years later, the Washington Redskins announced that they were dropping their name in 2020 after decades of controversy and pressure from Native American groups. In a statement, the team said it would ‘be retiring the Redskins name and logo upon completion of a review’.

The arrival of Ebola in the US

Back in 2014, South Park aired the virus-themed episode Gluten Free Ebola the very same week it was confirmed in the US.

It’s one of the strange coincidences that the show has experienced over the years – some even believe it’s proof of the illuminati and the show exposed predictive programming, but we’d have to disagree.

Remember Pokemon Go? When they were still allowed to leave the house, people would go around catching virtual Pokemon on their phones. The game was massively popular after it launched in 2016, but South Park saw it coming all the way back in 1999.

Season 3 episode Chinpokomon took a swipe at the Pokemon craze. The plot saw the kids from South Park become fixated with Japanese series ‘Chinpokomon’, and buy all the merchandise. The Chinpokomon merchandise also contained tracking devices, which registered each player’s location and logs it in a database – not too dissimilarly to Pokemon Go.

Season 10 episode Medicinal Fried Chicken from 2010 saw marijuana legalised in South Park, with the town’s KFC becoming an medical marijuana dispensary. The residents of the town looked to the black market to get their chicken fix as a result, with Cartman selling buckets illegally.

A whole eight years later, fast food fans were left in the lurch as KFC was forced to close most of their restaurants in the UK. Cue buckets of chicken being sold online at absorbent prices.

Another finger lickin’ good prediction from the South Park team.

The death of Osama Bin Laden

Predicting that the most-wanted terrorist in the world would be killed isn’t the most impressive thing in the world, we know. But when South Park portrayed the death of Osama Bin Laden back in Season Fourteen, the timing was pretty remarkable. In the show, Osama was killed on October 13, 2010 – just eight months before the real Bin Laden was shot by a Navy SEAL.

In one of the most remarkable moments from the show, South Park creators Trey and Matt predicted the concept behind Brokeback Mountain before almost anybody else.

The acclaimed film didn’t come out until 2005, but 1998 episode Chef’s Salty Chocolate Balls sees the characters talk about about independent movies being all about ‘gay cowboys eating pudding’.

As it turns out, this was a trope the pair saw coming.

Matt said: ‘We went to Sundance a lot in the mid-to-late ’90s, and you could just tell it was going toward gay cowboydom.’ 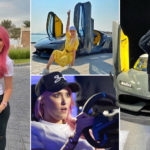 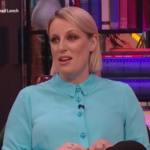