90 Day Fiance is set to explore The Single Life as famous castmembers such as Big Ed Brown appear on a new spinoff series.

The six castmembers, including Fernanda Flores, Danielle Mullins and Brittany Banks, will be seen as they return to the dating scene after the heartbreak of failed relationships on one of many other 90 Day shows.

Colt Johnson revealed his excitement about being part of the new spinoff as he shared a trailer of the Discovery+ show on Instagram.

Colt Johnson shared the trailer on Instagram as he told fans: ‘I am super excited to announce 90 Day The Single Life.

‘I hope y’all try @discoveryplus and enjoy the many exploits and adventures of @ferfloresoficial@thisisbiged@liviraebras1@daniellejbali@thebossbrittany of the 90 Day Cinematic Universe.’

Molly Hopkins, who appeared on season five of 90 Day Fiancé in 2017 with her now ex-husband Luis Mendez, will also star in the series.

‘I think you’re gonna see a lot of really crazy good times and maybe some not so good,’ Molly teased after dishing about her new love of ‘role-playing’ now that she’s single. 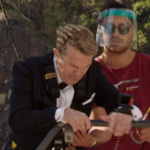 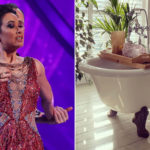