Alesha Dixon has expressed her ‘devastation’ as it was announced that Britain’s Got Talent has been cancelled this year.

ITV has decided to pull the plug on the talent competition until 2022 due to the coronavirus pandemic, so viewers will have to wait to reunite with Alesha, Simon Cowell, David Walliams and Amanda Holden on-screen again.

Alesha, 42, spoke to Metro.co.uk shortly before the news was announced in celebration of her collaboration with Bacardi on their Conga campaign.

The BGT judge said prior to the cancellation: ‘We’ve all got our fingers and our toes crossed and we know the producers are fighting to get the show on the air but at the same time, the most important thing is the safety of contestants, people that work on the show.

‘And if it’s not safe to do it or we can’t make the show in the best way possible to deliver the best show we can, then it may have to be pushed back.’

Proving how swiftly a decision was made, Alesha admitted hours before: ‘I still don’t know what’s going to happen, I’m waiting to find out.

‘Obviously, I’ll be devastated if it doesn’t happen but at the same time, I’ll understand why and I’ll have to make peace with that.

‘It’s just another wake up call to how devastating this virus is and how it’s affecting everybody’s lives and livelihoods.’

The former Strictly Come Dancing star continued: ‘It’s just really sad and if we focus on the sadness and all the upheaval and disruption to the world and people’s lives, it can make you feel really sad.

‘So that’s why my advice to everyone and to myself is be as positive as you can and try to make peace with what’s happening.

‘Also try and be grateful for what you do have because there are so many people losing things and so much is being taken away from everyone but I think there are so many things to hold onto and give thanks for.’

ITV announced BGT would not air this year on Friday in a statement which said: ‘Despite everyone at ITV, Thames and Syco doing their best to make it happen, and with our absolute priority of safeguarding the well-being and health of every person involved in the programme from judges, hosts and contestants to all of the crew and audience, the decision has been made to – unfortunately – move the record and broadcast of the 15th series of Britain’s Got Talent to 2022.

‘BGT is known for its diversity of talent with big dance groups, wonderful choirs and lavish orchestras at its heart, and it has become clear that not only is it not possible to film auditions with these types of acts in a secure way but also that they are not able to adequately rehearse and prepare safely.’

Britain’s Got Talent last appeared on screens in October with Ashley Banjo filling in for Simon after the TV mogul broke his back at his home in LA.

Alesha has teamed up with stars like Diversity and Meek Mill on Bacardi’s Conga campaign, and appears in the stunning music video for the remix of the iconic song. 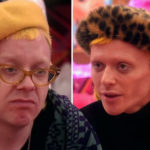 ‘This is just the beginning of a great journey’: Non-binary people share coming out stories after powerful Drag Race UK heart-to-heart 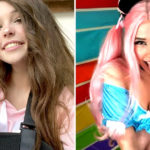 Belle Delphine rakes in staggering ‘$1.2million’ from OnlyFans account in one month