The latest though, might be the worst of the lot.

On the most recent episode, Karim Zeroual was trying to get to know newcomer Jodie.

He asked about her family, only for Jodie to completely misunderstand what the word ‘sibling’ meant.

After Karim asked her if she had any siblings, Jodie said: ‘I haven’t, no. I’ve got three nieces. I try to see them as much as possible.’

‘You have three nieces? So you do have siblings?’ Karim said, confused.

‘No,’ she replied. ‘They’re my brother’s children.’

‘So you’ve got a brother?’ Karim asked.

Jodie didn’t realise her mistake. Safe to say, the pair didn’t really hit it off.

Viewers were in disbelief after the moment aired, taking to social media to share their embarrassment.

‘41 and you don’t know what a sibling is,’ one wrote, with more adding their reactions.

It’s one of the most cringe-worthy moments of the series so far, which has seen celebs looking for love with the help of matchmakers Anna Williamson, Paul Carrick Brunson and Tom Read Wilson.

Presenter Karim is joined by the likes of Geordie Shore’s Chloe Ferry, DJ Tom Zanetti, actress Kimberly Hart-Simpson and Made In Chelsea’s Sophie Hermann in the star-studded line-up. 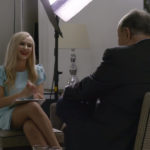 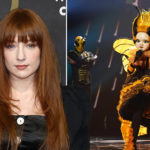 The Masked Singer UK: Nicola Roberts to return as a guest judge