The author of the Bridgerton books Julia Quinn has said she wants more sex scenes between Daphne Bridgerton and the Duke of Hastings in season two, after sidelining them in her novels.

The romantic scenes between the raunchy couple, played by Phoebe Dynevor and Regé-Jean Page, were some of the biggest talking points of the first season of the hit Netflix romantic drama.

Julia’s second Bridgerton book The Viscount Who Loved Me centres more on Jonathan Bailey’s character Anthony. However, Julia wants Daphne and the Duke’s passionate love story to be revisited on the show.

Asked if Daphne and the Duke would return in new episodes, Julia said: ‘I hope so. They do show up in the book.’

Speaking during a Fane talk with Lady Danbury actress Adjoa Andoh, Jill added: ‘The series doesn’t follow the book word for word – and I don’t think [it] should.’

Teasing what viewers can expect season two of the hit Netflix drama, the 51-year-old said: ‘I haven’t seen the scripts yet so I don’t necessarily know what they’re going to do, but I did write the story so I know a little bit about it.’

Netflix recently confirmed that a second season of the show is on the way, announcing that filming will begin in the UK in spring.

An incredible 82million households have tuned in to the Regency romance series since it debuted, making it the biggest Netflix show ever. 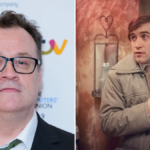 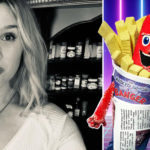