Loose Women stars Charlene White and Carol McGiffin clashed over the Covid-19 booster jabs this week as the latter insisted the vaccine was ‘sold as two jabs’.

The two panellists didn’t see eye to eye on Monday’s episode of the ITV daytime show during a discussion about the need for people to have a booster six months after their second jab.

She added: ‘You’ve done everything you’ve been told to do, everyone has had these jabs, and now we’re going to take your privileges away if you haven’t had the booster.’

However, presenter Charlene fired back and pointed to her own experience on news programmes reported on the vaccine and isn’t the booster jab ‘isn’t mandatory’.

‘Every single scientist and GP that we spoke to on those [news] programmes were very clear about the fact that, yes, we have those two jabs but it will become a yearly thing in order to keep Covid out of the general circulation – in terms of a more dangerous variant coming,’ she responded. ‘In the same way that flu changes every year, that’s why you have to have a flu jab every year.’

While Carol claimed people are being ‘harassed’ into getting the booster, Charlene insisted people still have a ‘choice’, even if not having another jab could have travel implications.

‘It is your choice, if you choose not to have it and it curbs other things you’re not able to do, that’s still your choice.’

She reiterated: ‘Yes, there are things you may not be able to do, but it’s still your choice.’

Meanwhile, Katie Piper called on people to make their own choice, pointing to those who ‘can’t or don’t want’ the jab.

‘For some people, it does feel like we’re being divided,’ she said. ‘There’ll be some people that can’t or don’t want to take the booster jab and that’s their choice too.’

Carol added: ‘People who are double vaccinated, unless they take their booster, are going to be reclassified as un-vaccinated. How does that make people feel?’

Coleen Nolan, who noted she will be getting the booster herself, insisted she ‘rather trust the scientists’, while Carol questioned which scientists she means.

‘The top scientists,’ she replied.

Charlene urged viewers to make their own ‘individual choice’, encouraging everyone to ‘do the research’ and make a decision based on legitimate sources of information. 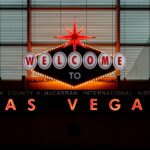 How to Enjoy a Luxury Weekend in Vegas