RuPaul’s Drag Race UK star A’Whora has said that she has been ‘receiving death threats’ throughout the show’s run, urging viewers to spread kindness.

On the latest episode of Drag Race UK, A’Whora shared a tender moment with Tia Kofi, who she had previously not had that friendly a relationship with.

Having criticised Tia’s look behind her back last week, tonight A’Whora apologised and owned up to her remarks, explaining to Tia why she feels insecure about herself and how she understands that she shouldn’t pull other people down.

After the episode aired, A’Whora wrote on Twitter that for several weeks she has been receiving derogatory remarks on social media even though behind the scenes she had acknowledged her ‘mistakes’.

‘I have had to sit here weeks upon end receiving death threats, abuse, hearing how much you hate me and had to be quiet, knowing that I knew I’d learnt and made my bed with my mistakes,’ the drag queen tweeted.

‘I’ve had the world punish me to now know “never judge a book by its cover”! Please be kind!’

In another tweet, A’Whora explained that ‘if you have something to say then you should be able to own it and say it to their face’.

‘If not then shut up and put up, learn from your words and be open to making mistakes, we are human and if you know you did wrong then apologise, growth is success!’

‘You’re a superstar and I love you,’ Bimini Bon-Boulash tweeted.

Ellie Diamond shared A’Whora’s tweet about receiving threatening messages, writing: ‘Please be kind! This is important that we spread love NOT HATE!! Treat others the way you want to be treated! It’s a tv show!’

At the very end of tonight’s episode, Drag Race fans were shocked when Ginny Lemon walked off the stage during their lip sync performance against Sister Sister, quitting the show.

Ahead of the performance, Ginny said in a VT: ‘I’m gonna f**k it up and be punk and do what I always do – and that’s my own thing.’

Afterwards, the performer said: ‘I was up against my Sister Sister and I just couldn’t. I love her too much. I’m ready to go home babs, I’m knackered. 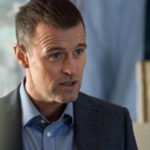 The Drowning finale: Viewers in shock as Jason makes big reveal about Daniel 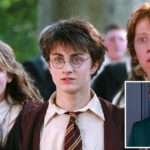 Rupert Grint hasn’t seen most of the Harry Potter films and we’re shook: ‘I stopped watching them’