Netflix’s latest teen fantasy drama Fate: The Winx Saga sends us to a fairy world for a coming-of-age drama – and it’s pretty much the story you’d expect.

Bloom (Abigail Cowen) a pretty, fish out of water from ‘our’ world, is sent to Alfea, a magical boarding school for fairies after discovering she is one.

Luckily, she manages to run immediately into the resident hottie Sky (Danny Griffin), who can’t resist making eyes at her despite his complicated relationship with Stella (Hannah van der Westhuysen).

Blessed with the power of controlling fire, she moves into a suite with Stella, Terra (Eliot Salt), Aisha (Precious Mustafa) and Musa (Elisha Applebaum), and between them, they try to navigate high school drama as well as their relative powers.

Oh, and there’s deadly creatures called The Burned Ones which are hunting and killing people brutally just outside the school grounds. Which isn’t ideal.

All students have powers connected to their emotions, and as someone involved in fire, Bloom is a massive hothead – and it gets real tiresome, real quick.

Selfish, stubborn and always believing she’s best, Bloom is soon on a mission to find out more about who she is no matter what the cost. There are very few redeeming qualities about her and as a result she’s completely unlikeable.

Despite consistently putting herself in danger, the gang aren’t far behind her, and it doesn’t take long before she puts the whole Otherworld in jeopardy and our patience to the test.

Fate: The Winx Saga is based on an animated series and book collection of the same name, but somehow that doesn’t stop it from being completely worn territory.

There’s only so long you can rally behind a leading star that consistently makes their own trouble, and only so much sympathy you can have for a group of friends that, despite warning said character, follows them blindly anyway.

Each role is a trope turned up to 11, with Freddie Thorp’s Riven being a particularly gross and unnecessary addition to the character list.

The supposed douchey best mate to Sky, Riven is reduced to bringing us such blinding commentary as ‘She’s so thirsty for your d**k it’s embarrassing’ and ‘Why are you with her? Is it because she lets you do butt stuff?’

And don’t get us started on the most grimly shoehorned in LGBT/homophobic sideplot we’ve seen in recent memory.

It gives you the ick, especially in a show aimed at young teens.

We wish there were some nicer things to say about Fate: The Winx Saga, but unfortunately after two or three episodes you get the jist and just want it over with.

The show sounds like it could be so good on paper, and created by Brian Young, who was behind Vampire Diaries, we were fully expecting some teen dramedy to hook us to our sofa for another week of lockdown viewing.

But instead it’s just… meh at best, and with so much other telly airing at the moment we kind of wanted our attention to be elsewhere.

Fate: The Winx Saga gives it a go, but just doesn’t quite have the magic it needs to be the next big thing.

There are some creative choices that let the show down, and as a result by the end of the six episodes you’re just a bit… meh about it.

The biggest letdown is the fact that leading lady Bloom is really unlikeable, and it becomes more and more difficult to understand why her friends decide to go along with her schemes after knowing her for such little time.

… And if you’re not rooting for your protagonist then half your battle’s already lost.

Sorry, Winx Saga, but you’re fated to our ‘one and done’ list. 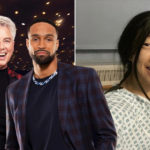 Dancing on Ice: John Barrowman and Ashley Banjo hit back at accusations injuries are putting ‘additional strain on NHS’ 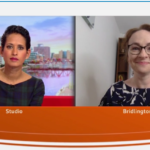