Friends star Lisa Kudrow has shared a sweet picture of herself with comedian Mae Martin from Feel Good season 2 in a scene that was cut from the show.

Feel Good, which premiered on Channel 4 in 2020, stars Mae as the lead character of the same name, who begins dating a woman called George (Charlotte Ritchie).

Ahead of the launch of season two on Netflix, Lisa posted a black-and-white picture on Instagram that shows her and Mae playing some music together, with Mae strumming on the guitar and Lisa on the drums.

Lisa wrote in the caption that while she learnt that their jam was axed from the comedy-drama, they had a lot of fun at the time.

‘Just learned that this was cut from FeelGood season 2… but I learned how to play the drums and I sang loud and a little obnoxiously – oh maybe that’s why it was cut. IT WAS FUN though,’ she said.

Lisa was recently able to show off her musical skills during the Friends reunion, when she and Lady Gaga performed a rendition of Phoebe Buffay’s most famous song, Smelly Cat.

During a recent interview on The Ellen DeGeneres show, Lisa, 57, admitted that she had to google how to play Smelly Cat ahead of the TV special as she forgot the chords.

‘I was really nervous when I first heard that. And then I prepared – I realised I had to learn Smelly Cat again. And I tuned my guitar and then realised I don’t know the chords,’ she said.

‘But I googled it. All the chords were there for Smelly Cat,’ she recalled.

Last month, the trailer released for season two of Feel Good depicted Mae coming out as non-binary in the show, something that the Canadian comedian did in real life earlier this year.

In a post shared on social media in April, Mae said that ‘the way I feel about my gender identity is ongoing and evolving, and it’s personal’.

They continued: ‘But I thought it might be good to say for clarity and in case anyone finds it helpful – I’m nonbinary, my pronouns are they/them and she/her (I love it when people say “they” but I don’t mind “she” at ALL).’ Brandy’s Black Cinderella Made The Impossible Possible In Hollywood 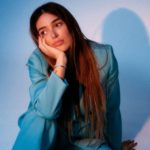 The Grand Tour’s James May explains why he will never appear in an episode of Clarkson’s Farm – but he...