First Dates Manchester singleton Danny revealed himself to be the man from the viral ‘fish and a rice cake’ video in tonight’s episode of the new series.

The 30-year-old barber wasted no time in coming clean with his past and explained that he doesn’t even like fish.

‘I have to pretend it’s funny,’ Danny told the cameras. ‘But I’m crying inside.’

Danny said he finds it difficult to escape the clip and is frequently wakes up to find his friends have tagged him in posts on Facebook.

‘I’m sure if there was a video of any 16 or 17-year-old it would put anyone off,’ he continued. ‘And it’s happened on occasions when I’ve really liked a girl and she’s said, “Are you fish and rice cakes?” and I’ve said “yes” and she’s phased me out.’

‘When I meet a girl now, I’ve got to see that she’s not judgemental,’ Danny added.

‘That’s what I’m looking for.’

In the famous clip, which aired in 2008, Danny disclosed that his diet consisted of eating just fish and rice cakes.

He continued: ‘I’ll train and I’ll have me fish and I’ll come home, have some more fish with a rice cake and then have some fish before I go to bed and that’s it for the day.’ 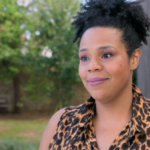 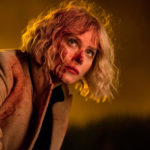 Marcella: Season three – Questions we have after episodes one and two