The return date for Gogglebox has been confirmed by Channel 4, with the new series of the reality show set to air later this month.

For the past eight years, Gogglebox has delighted people across the nation by welcoming viewers into the homes of real families as they react hilariously to the latest big TV moments.

At the moment, the weekly Friday night 9pm slot on Channel 4 is taken by Russell T Davies critically-acclaimed TV series It’s A Sin, which follows the story of a group of young gay friends in London at the time of the Aids crisis in the 1980s.

However, once the final episode of the programme airs, the slot will be taken by Gogglebox.

So when is it returning to our screens?

When is the new series of Gogglebox coming back to Channel 4?

The new series of Gogglebox is set to air on Friday February 26.

It will come after the final episode of It’s A Sin is released on Friday February 19, after all six episodes were launched on All 4.

The upcoming episodes of Gogglebox come shortly after the 16th wrapped up in December, with the additional festive special coming out in early January.

Who is in the cast of the new series of Gogglebox?

Although the cast for the 17th series of Gogglebox hasn’t been officially confirmed yet, it’s expected that several people who previously starred on the show will be coming back.

According to Radio Times, fan-favourites Lee and Jenny have confirmed that they’re going to be back on our screens in just a couple of weeks’ time.

It’s believed that we will also see the return of other stars including the Malones, Giles and Mary and Ellie and Izzi. Fingers crossed!

Last month, Studio Lambert – the company that makes Gogglebox – and Channel 4 spoke out in response to allegations of ‘toxic working conditions’ by members of staff.

A spokesperson for Channel 4 said that the TV channel ‘has a clear code of conduct which sets out the standards of behaviour it expects from its suppliers and production partners’.

A spokesperson for Studio Lambert said that it ‘takes the welfare of its teams extremely seriously across all its productions’.

Gogglebox returns on Friday February 26 at 9pm on Channel 4 with previous episodes available to watch on All 4. 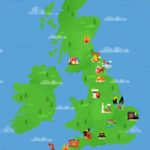