The four-part US series by HBO will attempt to shed light on claims the Oscar-winner sexually assaulted his adoptive daughter, Dylan Farrow, which he has vehemently denied.

The documentary will go ‘behind decades of sensational headlines to reveal the private story of one of Hollywood’s most notorious and public scandals’, according to a statement.

The project features new investigative work and interviews with Ms Farrow and her mother, Mia.

Allen has long denied the accusations that he molested Dylan when she was seven years old in the 1990s.

In an advert for the documentary, which was shared on Twitter, a voiceover said: ‘No matter what you think you know, it’s just the tip of the iceberg.’

Allen v. Farrow, which will air this month, has been made by filmmakers Kirby Dick, Amy Ziering, and Amy Herdy.

In 2018, Dylan said she felt she had been ignored over the sexual assault allegation against her adoptive father Allen, 85.

Allen v. Farrow will be available to stream from February 21 on HBO Max in the US. 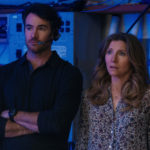 Firefly Lane: All the questions we have for season 2 after major finale cliffhanger 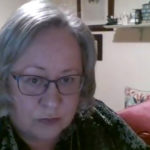