Holly Willoughby was unable to hold back the tears on today’s This Morning after a couple of chart-topping nuns shared a heartfelt message to everyone feeling ‘fed up’ or ‘anxious’ at home.

During today’s show, Holly and Phillip Schofield spoke to two members of Poor Clares of Arundel, a group of nuns based in Arundel, West Sussex whose classical album topped the charts near the end of last year.

At the end of their interview, the two Sisters from the convent left This Morning viewers with some uplifting words, which had a particularly powerful effect on Holly.

‘We’re just thrilled that something of the essence of our life is helping people. We just want to sing,’ the nuns said.

‘Listen to our CD, if you’re at home and you’re fed up or you’re anxious or you’re feeling depressed. Somewhere in Arundel in West Sussex there’s a community of women and we’re here and we’re with you and we’re making the journey as well.’

As Holly thanked the nuns for their compassionate words, she burst into tears, stating: ‘Some people they just talk and they really get you don’t they? Thank you.’

She then told Phillip that she was going to struggle to read the rest of her cues, adding that the emotional impact of the Sisters’ interview ‘took me by surprise’.

‘When someone says that it’s all going to be ok, it’s nice to hear isn’t it,’ the presenter said.

One person watching This Morning tweeted that seeing Holly ‘getting emotional’ over her conversation with the nuns ‘was a strangely lovely moment’, as ‘Covid is getting to everyone’.

‘My goodness I was with you there @hollywills …. I think we could have listened to those wonderful ladies all day! So gentle & supportive,’ another person said.

Someone else commented: ‘Oh my word, @hollywills I was taken aback emotionally as you were! Absolutely epitomises hope for the future for me, thank you.’

Meanwhile several people called for the nuns to make a weekly appearance on This Morning due to their ‘calming influence’.

The Poor Clares’ Arundel convent was founded in 1886, while the first Poor Clare monastery in England was founded 600 years prior in Newcastle upon Tyne. 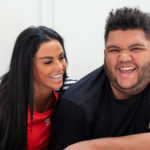 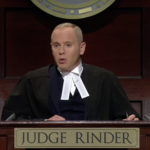