It’s A Sin star Nathaniel Hall contracted HIV aged 16 after having sex for the first time.

The actor and activist can currently be seen in the critically acclaimed Russell T Davies drama about the HIV/Aids crisis, starring as the boyfriend of Olly Alexander’s character Ritchie Tozer.

The story is particularly personal to Nathaniel as he was diagnosed with HIV just weeks after his 17th birthday.

Speaking to Attitude, Nathaniel explained that he contracted the virus when at the age of 16, he slept with a man around seven years older then him during a whirlwind romance.

Of his diagnosis, the 34-year-old said: ‘It was like being hit by a truck. I was told at the time that I had a prognosis of 37 years. That was so hard to hear, to have a date on it.’

The actor chose to keep his diagnosis a secret from his family, only telling a few friends on a need-to-know basis, saying: ‘I was living with so much fear and stigma, self-hatred and shame.’

Over the next decade, Nathaniel was struggling and said he was self-medicating with alcohol and drugs by 2017, when he decided to turn his situation into something positive.

He got into activism to raise awareness and reduce stigma around HIV, and in 2019, he took his one-man show First Time to the Edinburgh Fringe Festival.

Before performing the show, Nathaniel told his family and friends about his diagnosis, and his family have now all seen the show.

He said: ‘I wrote them a letter because I couldn’t bear the thought of having to do it face to face.

‘I knew they were going to be supportive, but that was the power of the shame.’

Nathaniel makes an appearance in the third episode of It’s A Sin as Donald Bassett, an actor to attends the same auditions as Ritchie and ends up dating him.

The series, centred around a group of gay men in their early 20s in London, has been praised for its powerful telling of the Aids crisis of the 80s and early 90s, with devastating scenes showing how gay men with Aids were shunned by society.

However, It’s A Sin nearly didn’t get made, as Davies admitted it was ‘hard to sell’.

‘It was a hard sell, you know, that’s why it went round various channels and was turned down, at least twice if not three times.

‘Genuinely, because it’s about people dying. It’s a tough piece of work.’

It’s A Sin continues on Friday at 9pm on Channel 4, while the full series is available to stream on All4. 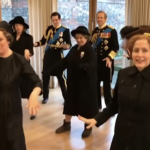 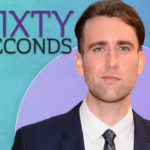