Tiger King star Jeff Lowe has reportedly been evicted from his park, after allegedly failing to rent and other damages.

Lowe, who took over the zoo previously owned by Joe Exotic, is starting over in a new location after the park’s owner claimed the 56-year-old businessman owed more than $10,000 (£7000) in unpaid rent and other damages.

The court documents presented showed the judge ruled against Lowe, meaning the star had to pay immediately and leave the premises by October 22.

TMZ sources reported Lowe’s wife, Lauren, turned up to court and said Lowe was taking care of their sick child.

Lauren also asked the court for a 30-day extension before the eviction, however her request was denied.

However, Lowe isn’t letting this setback get to him. According to TMZ, the TV personality will be moving his zoo to a new, still to be determined location.

Lowe was introduced as an investor on Netflix’s Tiger King back in 2015, when Joe Exotic was struggling financially due to a legal battle with animal rights activist Carole Baskin.

Not much has been said about Lowe’s background, but in the hit series, he reveals how he grew up around big cats because his grandfather was a circus owner.

Lowe had his first cat when he was 15 years old and went on to own mountain lions and tigers.

In the series, he appeared to be rich and even flew Joe out to his mansion in Las Vegas – however in reality this wasn’t the case.

Many viewers undoubtedly assumed the Tiger King chapter was closed as series one ended with Joe’s shock arrest and imprisonment for trying to hire someone to kill longtime nemesis Carole.

However, Netflix surprised fans and announced season two will drop before the end of 2021.

Tiger King Murder, Mayhem and Madness is available to stream on Netflix. 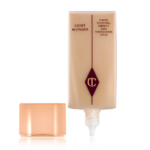