The pair famously played Sam (Padalecki) and his dad John (Morgan) in the hit The CW series, Supernatural.

Now Jared is the star and executive producer of the Walker, Texas Ranger reboot, in the iconic role originated by Chuck Norris.

Taking to Twitter to praise his close friend, Jeffrey wrote: ‘Just wanted to say congrats to my boy @jarpad I’m damn proud of him for bringing #Walker back to life as the man, and the exec producer.

Chuck was loved for his karate-kicking, cowboy-hat-wearing version of Cordell Walker in the 90s, airing 200 episodes for eight seasons on CBS.

Jared previously explained that he re-imagined Cordell Walker is ‘a bit more Han Solo than Luke Skywalker’ for the reboot.

The actor also got his real-life wife, Genevieve Padalecki, to play the character’s late wife and mother to children Stella (Violet Brinson) and August (Kale Culley).

Supernatural season 15 brought the show to an end for good in November, leaving its stars and fans distraught. 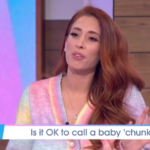 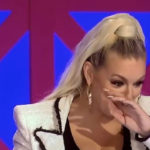