The day after fans were left fuming over Michaela Coel’s snub from the Golden Globes nominations, the I May Destroy You creator landed a much-deserved nod from the SAG Awards.

The British star was nominated for the outstanding performance by a female actor in a television movie or miniseries category, much to the delight of viewers.

Actors Lily Collins and Daveed Diggs delighted in the reveal of the nomination following the uproar caused when Michaela’s show failed to land a single nomination for this year’s Golden Globes.

The critically-acclaimed series, which was inspired by her own experience of sexual assault, was pegged to be a frontrunner during awards season.

So it was no surprise that many were left blinded by the fact the show – which she created, wrote, co-directed and executive produced – was not up for any of the categories it was eligible for.

Elsewhere, Bridgerton was also shown some love by the Screen Actors Guild after getting snubbed the day before.

The Netflix series is up for outstanding performance by an ensemble in a drama series, along with Better Call Saul, The Crown, Lovecraft Country, and Ozark.

Meanwhile Regé-Jean Page landed a nomination in the outstanding performance by a male actor in a drama series category.

The British star will face competition from Jason Bateman (Ozark), Sterling K. Brown (This Is Us), Josh O’Connor (The Crown) and Bob Odenkirk (Better Call Saul).

However, Normal People failed to get any nominations from the Screen Actors Guild after Paul Mescal was snubbed by the Golden Globes, while his co-star Daisy Edgar-Jones landed a nod. 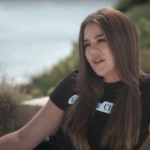 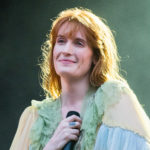