Former Love Island contestant Amber Gill revealed that she would ‘vomit’ if she went on Celebs Go Dating.

The reality star, who won Love Island in 2019 with her then-boyfriend Greg O’Shea, made the admission in a recent Instagram Q&A.

Amber, who recently confirmed she had found love again, responded to a fan who told her: ‘I beg go on Celebs Go Dating.’

To which the 23-year-old replied: ‘ Did you not see me on Love Island? I’m not good at dating, and if the energy was off on one of my dates, I’d exit in 0.5 seconds.

‘Finding a guy that is suitable for a personality like mine is a challenge in itself. I saw one of the dates ages ago and this guy was saying “touch my bicep” I’m sorry but I’d vomit straight on the spot.’

We would too, Amber…

Amber went on to add that she’s not a fan of men who take selfies and that she’d prefer them not to have Instagram.

‘If I went on that show and the guy took a bathroom selfie, just no. I feel like we should play a “what gives you the ick” game this week,’ she added.

Answering another question about what she thinks about Only Fans and whether she would start an account, the influencer said: ‘I think good for them! Collect the bag!

‘Personally, for me, I need to concentrate on Instagram, I don’t need another thing to add to my focus. When I post 4-5 times a week, come ask me then.’

Amber previously dated fellow island Greg, after striking up a relationship with him following his late arrival to the Love Island villa.

Their romance lasted for around five weeks once filming finished, with Amber later claiming Greg had dumped her by text and him denying doing so.

Celebs Go Dating: The Mansion is currently being aired on E4 and has seen a number of famous faces hoping to find love.

Amber’s fellow Love Islander Curtis Pritchard is one of the celebs taking part in the series, along with Wayne Lineker and Chloe Ferry. 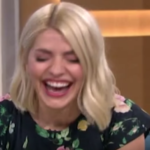 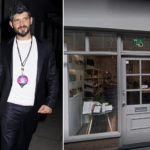