Married At First Sight Australia’s Sam Ball has claimed bride Elizabeth Sobinoff ‘fat-shamed him first’ by exposing a video of her calling him ‘porky’ on their wedding day.

Sam has come under attack online for making comments about Elizabeth’s weight on the show, saying after they met she was ‘larger than the girls he usually goes for’ but she ‘could be alright if he took her running in the mornings’.

Sam has since claimed that the show was staged and he was encouraged to make those statements, as well as have an ‘affair’ with Ines Basic.

Elizabeth has dropped 10kg since the show was filmed in 2018, and later went on to appear on the series again after her relationship with Sam dramatically broke down.

Posting an unearthed clip to his Instagram account, Sam has lashed out at those that have branded him a fat-shamer, saying that Elizabeth fat-shamed him first, but it was cut from the final show.

In the clip, Elizabeth is seen in her wedding gown, telling cameras she was ‘ready to meet her man’ ahead of saying her vows to Sam, who at the time was a complete stranger to her.

Sneaking a peek at her groom at the end of the aisle, she’s then heard asking: ‘Does he look porky? He looks tubby’.

When told it was ‘probably the marriage celebrant’, Elizabeth hit back: ‘No, I’m looking at the guy with his back to me.

‘I have put all my trust into those experts, so they better have, like, looked after me.’

Following a new barrage of hate against him from trolls thanks to the Grand Reunion special airing on Monday in Australia, Sam has clearly had enough and posted a long essay explaining his side of the story next to the clip.

The 28-year-old said: ‘I was the villain and that is fine, it’s a shttps://www.instagram.com/p/CKx4KWkhQND/hame they didn’t show all the funny things that went on but either way I hope you enjoyed the show.

‘I have copped it online and got painted with a brush for over 2 years while I’ve been gagged, not able to speak on this whilst others pushed to make me out to be the horrible man I was, without showing what really went on and the actual truth. I wasn’t [allowed] to talk to media nothing!’

‘This is a two way street, but nobody seemed to care or even hear other parts of the story just how bad I was and believe all the BS,’ he continued.

‘You don’t have to like me, that is okay but at least be smart enough to think and listen and put all the facts together before constantly sending me death threats, abuse and just random s**t because some are so invested in a show.

‘I’ve got time and love for anyone but at least go about it the right way.’

Married At First Sight Australia airs on E4 in the UK. 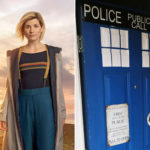 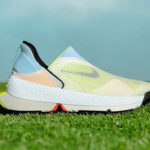