Married At First Sight Australia star Sarah Roza has apologised and deleted a video from her social media in which her co-stars Jessika Power and Ashley Irvin were accused of ‘mocking’ Cyrell Paule’s mental health.

We’re all going wild over the sixth series of the programme, which was filmed in 2018, but is only unfolding on Channel Four in the UK now, but in Australia, a selection of beloved characters gathered for the Grand Reunion which is where a lot of drama has gone down this week.

Part one of the reunion ended with Cyrell hurling white wine at Jessika after Jessika was accused of speaking ill of her son with Love Island star Eden Dally, which she denied.

But the drama has continued, after an Instagram video featuring season six stars Jessika and Ashley and filmed by season five’s Sarah caused a stir.

In the video, which Cyrell has posted to her own Instagram, Jessika is heard saying after they filmed the dinner party: ‘I hope Cyrell fell over and broke her leg or something.’

Sarah interjected: ‘No, nobody wishes anybody bad.’

Ashley then added: ‘Cyrell has been hospitalised, institutionalised.’

It’s at this point Jessika added to the camera: ‘For mental!’

Encouraging the women not to continue, Sarah ended the video and said: ‘I know she has been not good, but the thing is, karma. You don’t have to drive the karma bus, man.’

Cyrell slammed the clip and the women for ‘making a mockery of mental health’, asking the women to apologise for the remarks.

She wrote: ‘Sooo wishing I fell and broke my leg….Then we had I think her name is Ashley (I wouldn’t know. Was she even at the reunion???) and Jess making a mockery of mental health ! And how I should be admitted.

‘In this day and age. Mental health is not a joke. And if I were a person who was not as strong and allowed this to get to me. (sic)’

She went on: ‘I don’t find this funny at all. And these ladies should apologise for their inappropriate remarks. And to even post it on their Instagram. Shame on the 3 of you.

‘For anyone dealing with any mental health issues. Don’t not let this video get to you. Seek help. You are not alone.’

Jessika earlier addressed the video, which was branded ‘disgusting’ by followers of Cyrell, apologising and insisting ‘she would never mock mental health’.

And Sarah, who originally posted the video, has since deleted it and offered an apology of her own.

She wrote on social media: ‘I have removed my most recent IGTV video as it was requested to be removed by @Jessika_Power and @AshleyAirvin and I have done so out of respect for them.

‘I will tell my side of the story soon!’

She added: ‘Even though it was not my intention, it has become apparent that the IGTV may have triggered some people.’

In an Instagram video, Jessika also addressed the video, saying she is a ‘massive advocate for mental health’.

She then spoke about a confrontation with Cyrell at the reunion dinner party: ‘The comments made in the back of the car where I said “mental”, where because the night before she followed me around five times at the dinner party, five times I tried to remove myself and I wasn’t able to.

‘She then threw a whole glass of wine at me and she had to be restrained from throwing a whole entire glass water jug at me and a few other glasses that Sarah had to take out of her hands.

‘That was mental… I’m not saying she is mental, it’s a pass off comment, if anybody has taken any offence to it, I apologise. I would never mock mental health.’

Cyrell’s MAFS co-stars supported her, with Dino hira commenting on the video: ‘Such hypocrisy! @cyrelljimenezpaule this is why I respect you because you DO NOT gossip, you are Real! You don’t just do it for the Camera but even off camera you are the Same!

‘This is exactly why people can suffer from poor mental health [being] victim to harsh words and gossip but thank goodness you are Strong and give Light to those that can easily be manipulated or belittled by thus.

‘I don’t condone violence in any way but I do condone TRUTH! This is right here in front of us now! ❤️?❤️.’

The Bachelor’s Jamie Doran wrote: ‘The people who actually know you love you, you absolute legend, Cyrell! ??❤️ P.S. I’m glad you stood up for your family, you should be proud!’

Married At First Sight: Australia airs weeknights on E4 in the UK. 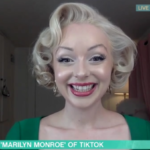 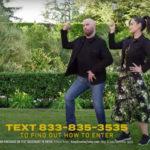