New Girl fans claim to have discovered secret references to bears in every episode of the comedy.

The series, which ended in 2018, followed Zooey Deschanel’s Jess who moves in with three single men after a break-up.

As fans rewatched their beloved show it came to their attention that a bear might have been cleverly buried somewhere in each episode.

It could either be direct, like someone mentioning the word ‘bear’ or naming a bear like Paddington, or indirect like a picture of a bear pinned on the loft apartment fridge in the background.

This theory isn’t new, as it was previously discussed on Reddit, with user Vikrun2083 pointing it out prompting fellow New Girl viewers to hunt down more examples.

However they might not have completely consistent as one user replied: ‘It is pretty true for the first season. But by the third season, there are plenty of episodes where nothing about bears are mentioned.’

Another fan added: ‘It’s really a stretch to find them in newer episodes. But on the commentary for the season 1 dvd, they do say they intended to reference a bear every episode. Things change.’

Fans on Twitter also flagged that bear references have come in the form of the character Bearclaw (Josh Gad), as well as Jess getting Nick’s (Jake Johnson) support of the Chicago Bears – Jess gets his childhood helmet stuck on her head in one episode – or Nick gifting a giant bear he found by the bins.

Avid New Girl fans now have something new to look out for on their next rewatch, no matter how many times they’ve seen it. 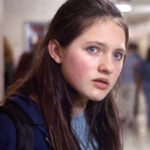 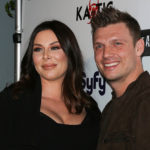