Nicola Roberts is returning to The Masked Singer UK as a guest judge.

‘Producers thought it would be really fun to have Nicola back on the show. She was thrilled to be asked and jumped at the chance to return,’ a source began.

‘Nicola knows what it’s like to perform inside one of the costumes and try to keep the panel guessing.’

‘And she knows better than anyone what the contestants are thinking. Producers were hoping that would mean she could approach the game from a different angle and come up with some good guesses,’ the sourced added to The Daily Star.

Last weekend, TV bosses added comedian and TV presenter Alan Carr to the judging panel and this weekend Little Britain star Matt Lucas has been invited as a guest judge.

The remaining contestants in the competition and who will battle it out in the semi-final is Sausage, Harlequin, Robin, Dragon and Badger.

On Saturday Sir Lenny Henry and Mortem Harket were unmasked as Blob and Viking.

The week before Cold Feet actor John Thomson was unveiled as Bush Baby.

The other celebs to be revealed so far in the competition include Mel B, Martine McCutcheon and Sophie Ellis-Bextor. 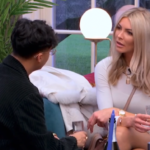 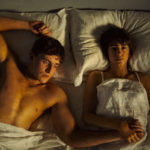