RuPaul’s Drag Race UK star Ginny Lemon has teased they could return at some point in the future after their shock exit from the series.

During last night’s episode, Ginny became the fourth contestant to exit the competition.

However, Ginny wasn’t told to ‘sashay away’ by head judge RuPaul, instead making the decision to leave the stage on their own accord after landing in the bottom two with Sister Sister.

Despite Ginny’s dramatic departure, could they ever see themselves returning to the Drag Race fold?

‘RuPaul has never said ‘Ginny Lemon sashay away’ so I’m still in the game. Who knows?’ Ginny told Metro.co.uk and other press.

‘Of course I have a wonderful relationship with World of Wonder and I have all the respect and love for RuPaul from one icon to another, so you know, who knows? Dot dot dot!’

After the show aired, the performer explained that they chose to quit ‘for many reasons’, one being that they ‘couldn’t imagine creating a new friendship with somebody like Sister before seeing them go home’.

‘I did not want to compete with my sisters. It made me dreadfully sad anytime anybody went home,’ Ginny said.

Last week, Ginny and fellow competitor Bimini Bon-Boulash made headlines when their heart-to-heart about being non-binary went viral, with many praising the pair for their touching conversation.

In a statement recently shared online, Ginny thanked fans for the support and love they have shown.

‘Pwease forgive me for not responding sooner to all your amazing outpouring of love from thousands of people around the world and those of you who have known me a long time,’ the drag queen wrote.

‘I never thought about the impact that conversation with Sister and Bimini would have, and I’m flabbergasted by the reaction.’

Ginny admitted that ‘seeing myself on the screen like that was so raw’, adding that they are ‘still processing’.

‘I just know especially in the most peculiar of times we can all seek solstice in knowing that we are all on that journey of loving oneself. Ourselves. Yourself. Especially to my non binary trans siblings or anyone who has felt like an outsider [sic].’ 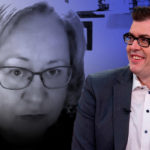 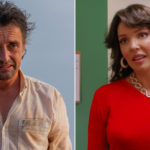 TV to Go: From Firefly Lane to Richard Hammond’s The Great Escapists – what to watch this week