Russell T Davies has revealed a script he penned for much-loved series Doctor Who over 30 years ago is finally being adapted.

The screenwriter, 57, first worked on the script in 1985 and he explained it’s now been picked up and will be turned into an audio drama.

Speaking on The One Show on Monday, Davies said: ‘It’s a strange thing, I reached into one of those boxes you have at home full of old papers and old bills and I found this.’

Holding up his work, Davies told hosts Alex Jones and Ronan Keating: ‘It’s a Doctor Who script that I wrote in 1985 on an electric typewriter in a bedsit in Cardiff and I think someone’s going to make it.’

He explained: ‘My friend Scott Hancock’s going to make an audio version of this with a company called Big Finish, so that’ll be nice!’

Davies had been behind Doctor Who’s revival in 2005 and it launched its new series on BBC with eight scripts he had put together.

He served as showrunner on the sci-fi series until 2010 and went on to create spinoff shows Torchwood and The Sarah Jane Adventures.

Davies had been on The One Show to discuss his new series It’s A Sin, starring Olly Alexander, that follows the lives of a group of young gay men affected by the Aids crisis in the UK.

Speaking about the programme, Davies explained that he wanted to make It’s A Sin a ‘safe space’ for gay actors to be themselves.

He asked about his decision to cast gay actors to play gay characters in his new TV project, when he hadn’t done so for his drama Queer As Folk.

‘Those three boys in Queer As Folk were the bravest actors in the land. Very few people would have stood forward and played the part then,’ he said of the show’s stars Aiden Gillen, Craig Kelly and Charlie Hunnam.

‘It’s simply that 23 years have passed since we cast them. I’m not changing my mind, you develop over 23 years and now, I’m just a programme maker among hundreds. Hundreds of others can do whatever they want, I’m not in charge.’

Davies continued: ‘For my one programme, for these five hours, I wanted to create a safe space where gay actors could voluntarily come in and be themselves and I think it’s created a genuine vibe for want of a better word. I think there’s an energy that rises off the screen and a truth and I’m very, very happy with the end result.’

Doctor Who is available to watch on BBC iPlayer, while It’s A Sin debuts on Channel 4 on January 22. 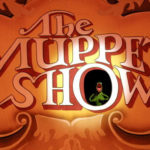 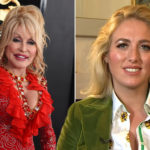