Doctor Who has dropped the first-look trailer of it’s upcoming New Year’s Day episode Revolution of the Daleks – and we’re already terrified.

The one-minute teaser clip for the festive special reveals the nightmare-inducing exterminators have been transformed into defence drones and have been deployed onto the streets by the Prime Minister (played by Dame Harriet Walter).

Meanwhile, John Barrowman MBE’s immortal Captain Jack Harkness is back in the throws once again, as is the disgraced Jack Robertson (Chris Noth).

‘How many people in the universe get to be the Doctor? Let alone travel with her,’ Jack Harkness is heard saying. ‘Being with the Doctor, you don’t get to choose when it stops, whether you leave her, on she leaves you.’

Elsewhere, Yaz (Mandip Gill), Graham (Bradley Walsh) and Ryan (Tosin Cole) have the mammoth task of saving the world while the Doctor (Jodie Whittaker) remains locked up in prison.

‘The Doc would really want us to keep an eye on the planet, right?’ Graham asks.

‘If we don’t help, the human race is going down,’ a worried Ryan adds.

The trailer also gave a sneak glimpse at the Doctor behind bars in a high-security alien jail with no hope of escape.

Marking the days she has been incarcerated, she tells herself: ‘Stay strong. There are people waiting for you.’

Fans couldn’t get enough of the teaser clip and shared their sheer excitement on social media.

‘I seriously can’t wait! Daleks on Downing Street! The Daleks look fantastic plus two Jacks returning! The fam look like they are going to be brilliant in this episode! Hopefully they find a way to rescue the Doctor as well! Bring on 2021!’ enthused one.

Echoing a similar sentiment, another added: ‘AHHHHHH this looks so good!!!! I can’t wait to finally see Jack again the best character in Doctor Who history.’

‘We’ve crammed this year’s Doctor Who Festive Special with an explosion of extraordinary acting talent,’ he enthused.

‘Where else would you get British acting royalty, a globally renowned US screen star, an (inter)national treasure of stage and screen and one of Britain’s hottest young actors — just in the guest cast!

‘Put those together with Jodie Whittaker, Bradley Walsh, Mandip Gill and Tosin Cole (and Daleks! Did I mention Daleks!) — and you get a cast to be exterminated for. And things will explode. Promise.’

Revolution of the Daleks will air on New Year’s Day on BBC One. 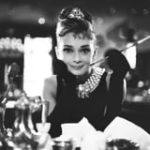 Sarah Beeny: Who is her husband and how long have they been together?

Best Christmas TV 2021: Shows to watch this year, from Around the World in 80 Days to Strictly Come Dancing

Sarah Beeny: Who is her husband and how long have they been...

Best Christmas TV 2021: Shows to watch this year, from Around the...