Winterwatch’s Chris Packham has slammed The Chase’s Anne Hegerty, Shaun Wallace and Mark Labbett for swimming with dolphins in their new show.

The quizmaster trio are seen travelling across the world in The Chasers Road Trip: Trains, Brains and Automobiles, looking into intelligence in the natural and technological world.

However, the latest episode caused backlash when they were seen heading to the Dolphin Research Centre in Florida, and swimming with the highly intelligent animals, who are being held in captivity.

Now, nature-loving Chris said he was disappointed in the production team for not thinking the segment through.

He told The Mirror: ‘It’s probably not at the forefront of their thinking that, that sort of thing might be seen as unacceptable.

‘So I suppose if there’s any disappointment, it would come from the production companies because they should be on top of this and making sure that their presenters, their contributors are made aware of those issues, and then they’ve got a choice. 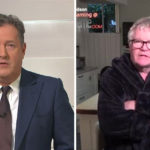 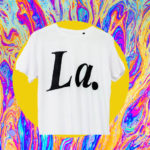 Loved It’s A Sin? You can buy a ‘La’ T-shirt to support people living with HIV