As fans of The Handmaid’s Tale in the UK wait desperately for word on when they’ll be able to watch season four, some are wondering whether Serena Joy Waterford (Yvonne Strahovski) may find out that she’s pregnant in the new episodes.

Earlier this week, American subscription service Hulu unexpectedly launched the first three episodes of The Handmaid’s Tale’s fourth season in the US, showing viewers what became of June Osborne (Elisabeth Moss) after she was last seen in the 2019 season three finale.

A UK release date is yet to be confirmed by Channel 4, although we would expect – or hope – that there won’t be too long to wait.

Following the release of a trailer for the upcoming instalments, there has been speculation that Serena will learn that she’s expecting a baby, having experienced fertility issues in the past with her husband, Commander Fred Waterford (Joseph Fiennes).

So could this potential discovery result in the Waterfords being freed from captivity in Canada and heading back to their home in Gilead?

Will Serena find out she’s pregnant in The Handmaid’s Tale season 4?

In the trailer that was released for The Handmaid’s Tale season four, a sonogram is seen being taken out of an envelope.

A sonogram is shown in the trailer, but who does it belong to? (Picture: Hulu)

Straight afterwards, a close-up shot of Commander Waterford shows him looking down at something, the implication being that he is the person that is looking at the baby scan. Commander Fred Waterford looks down at something, implied to be the scan (Picture: Hulu)

Despite being imprisoned in Canada and unprotected from the laws of Gilead, another shot from the teaser depicts the Waterfords walking proudly hand-in-hand, Serena donning a dress in the signature shade of blue worn by Commanders’ Wives in Gilead.

Serena and Fred appear to find themselves in some people’s good graces (Picture: Hulu)

A crowd cheers for the couple, with one sign being held up high reading ‘Free the Waterfords’ and another stating ‘Bless You Serena’.

Members of the public call for Serena and Fred to be freed (Picture: Hulu)

There is a strong implication that Serena may have discovered she is pregnant, which could be perceived as a miraculous event worthy of exonerating the Waterfords for their crimes, considering the low birth rates across the globe in the fictional tale.

This theory is further fuelled by the official synopsis for an episode in season four, which says that ‘Serena and Fred are bound together by a miracle’.

What miracle could that possibly be, other than the miracle of a baby, which they had so desperately yearned for before bringing a Handmaid into their home?

On the other hand, this miracle could be in reference to Nichole – June’s baby with Nick (Max Minghella) – somehow coming back into Serena and Fred’s lives.

As Nichole is currently being taken care of by June’s husband Luke (O. T. Fagbenle) and best friend Moira (Samira Wiley), this may seem like the less probable option.

But as we’ve come to realise from watching The Handmaid’s Tale over the past four years, this show is anything but predictable.

The first three seasons of The Handmaid’s Tale are available to watch on Amazon Prime Video. 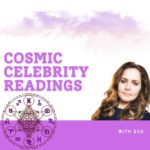