Paddy McGuinness was left in tears during a special episode of the upcoming series of Top Gear, which sees him pay tribute to legendary stuntman Eddie Kidd.

Eddie was one of the great daredevils of his generation, having worked on a number of James Bond films.

The 62-year-old was left paralysed and with brain damage following an accident in 1996, and the first episode of the BBC series sees Paddy line-up a special tribute.

Paddy, along with Chris Harris and Freddie Flintoff, honour the driver in the new episodes by heading on a road trip together, before stunt performers put on an explosive show for him.

For Paddy, it was an emotional moment.

Speaking to Metro.co.uk and other gathered press, Paddy said: ‘God, it was an emotional one, that – being around Eddy and his family. The career he had, seeing him as a kid on the telly, growing up and kind of seeing him as one of our own…’

‘When I walked into his house and saw him there, I got a little bit choked up spending time with him, it was just a lovely, lovely couple of days.’

Describing Eddie as his ‘idol’, Paddy was glad Top Gear was able to celebrate Eddie’s career in a way that he hadn’t seen other shows manage.

‘I think that episode, when it finishes it feels like This Is Your Life,’ the presenter said. ‘I’ve seen stuff on Eddie Kidd on different shows over the years and there’s always been an odd bit of footage of him, and then someone with him talking and that’s that.

‘But getting his personality across and doing stuff he loves was a real treat and I absolutely loved it.’

Discussing the stunt performer’s legacy, Paddy added: ‘Eddie Kidd is similar to my age, 48, and when I was young everyone knew him.

‘I think there’ll be a generation watching this now who won’t have a clue who he is and will YouTube and Google him after. It’s just nice to show him off and show what he achieves.’

The new series of Top Gear is set to arrive on BBC One this weekend, with Paddy reuniting with Freddie and Chris for new stunts and high-octane hijinks.

The recently-released trailer showed the trio taking part in activities including zorbing and a vehicle soaring through a ring of fire.

It comes after Freddie seemingly hinted that he may believe the Earth is flat by saying that he wants to go to space to prove the unfounded theory is in fact true.

Meanwhile, Despite his role on Top Gear, Paddy recently revealed that he was once ironically banned from ‘driving duties’ after being caught having sex in a company car.

Top Gear returns on BBC One on Sunday, November 14 at 8pm on BBC One. 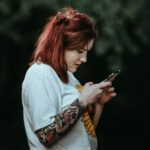 Is Your Phone The Reason For Your Stress? Strictly Come Dancing 2021: Dan Walker hits out at critics who want him off the show